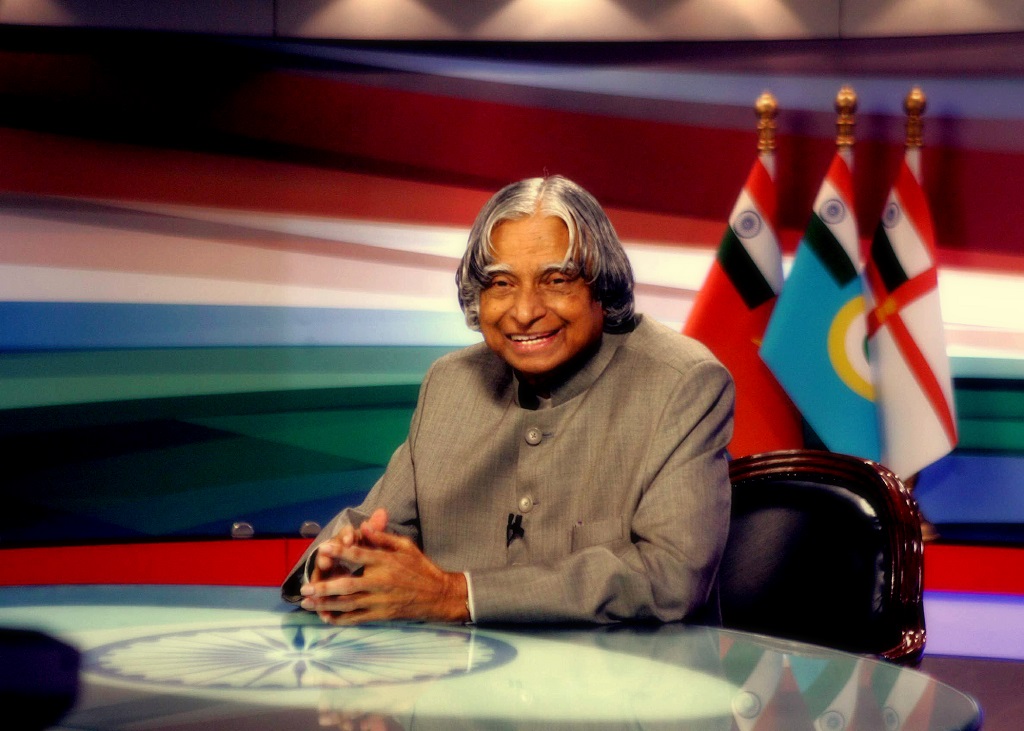 Magnitude Of Highness: A Tribute To APJ Abdul Kalam On Independence Day

If a country is to be corruption-free and become a nation of beautiful minds, I strongly feel there are three key societal members who can make a difference. They are the father, the mother and the teacher.
– APJ Abdul Kalam.

Yes, the sad demise of APJ Abdul Kalam shook the entire globe. India has lost its greatest son; we lost our fatherly figure, a true scientist and the defining symbol of real Patriotism and Nationalism. APJ was an internationally acclaimed nuclear scientist and has written many books on various subjects.

Avul Pakir Jainulabdeen fondly known as A.P.J Abdul Kalam always had a persistent vision of a better and livable future. His simple living, high thinking and dauntlessness are something that inspires many, both, within and beyond India.

As all of us know, how this great gentleman started his journey. How he always dreamt of making this nation a better place to live. Read and learn how a common man rose to the heights of the prowess of significance. A remarkable journey of a man turned out to be a legend inspiring the generations to be as worthy as being human.

We want you to connect to his gravity of simplicity, respect his power of integrity and remember him for his magnitude of rectitude.

So hey, let’s not just grieve but also, celebrate his tremendous efforts and victory to let every Indian proud for having him in their hearts and could proudly say “My Name Is Kalam.” He is surely an incredible gift to share with many.

What APJ Abdul Kalam means to you?

For few of us, he might be just another President of India and a scientist. But for most of us, he is an inspiration for defining the word humility, shared what all he had being as a teacher and a fatherly figure to call out yourself a proud Indian. He is more than a missile man. He’s the man who could make you fall short of words to describe him.

A simple man, why simple? He always had answers to most difficult questions we face in day to day life, explained in a connecting way. He had a way with his words, lived an undemanding life. APJ was a man of peace. He always had a vision, the curiosity to learn new things and a desire to touch many lives. He was a man of values and wanted to see people succeed in all walks of their lives. All he wanted was to teach and spread knowledge.

A man with a divine smile and hopes in his eyes lived in a small house without a refrigerator and a television. Little did anyone know, this average yet hardworking kid spent most of his childhood helping his father who was just a fisherman and Imam of a local mosque will one day be the president of India? He was a man with a lot of humility even while he was president of India never did he allow the aura of being someone special to stick to him. His simplicity and non-partisan attitude impressed and inspired the entire nation.

Yes, He harnessed his remarkable energy and intelligence; he brought such peace and success to this world.

The definition of hope makes us think of Sir, Abdul Kalam. And then, you believe more in this that “Hope is a good thing.”

Why hope? Why did we need him to be the President?

Our nation has challenges and so does every other country on earth.

He started off with his career as serving his poor family by selling the newspaper to supplement his family income but never did forget his values. This nation needed a man with good deeds and hard work. Something people can look up to. A young generation can look up to, but even after living such undemanding life, APJ did everything he could for our nation. From being the scientist and a science administrator for years and receiving the highest civilian award “Bharat Ratna” keeping his journey alive from becoming the India’s 11th President to die while delivering a lecture at IIM-Shillong, the biggest love he had always worshipped for that’s he always called himself a Teacher above all and everything.

A man with such hopes was never daunted and depressed of failures. We need a man like him to guide us in a good way.

What have we learned and what will we remember him for?

Look up to him for secular nature.

He dedicated his life to our country. He always wanted to build next generation of leaders, look up to him for his dreams. He achieved what he set out for, look up to his dedication.

Today, on the Independence Day, the nation salutes this great visionary, Mr. Abdul Kalam, the 11th President of the republic of India.

He is more than a missile man, an unforgettable teacher. You’re and will always be an inspiration to the learners of this big world. You know, the one who needs finds the mentor anyhow.

Mr.Kalam, thanks for keeping this nation’s wings on fire with your wings of fire. The fraternity of mankind will always owe to you.

I was a geek before it was too cool to be a geek. A graduate in French and is a sugar coated idealist, now mastering new cocktails. I am a content writer/social worker and i can't get enough of it. Will trade social media tips for fresh brownies. I breathe books and eat quotes. Reweaving the tapestry of life, exploring consciousness, rest is rust and stardust. Also, I rap occasionally.