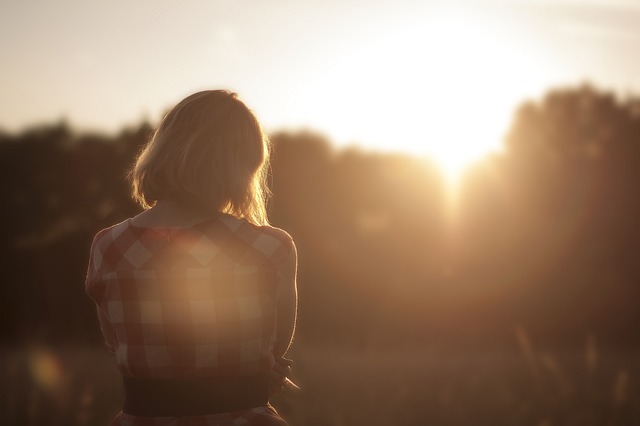 I went to spend the night at a friend’s college campus on her birthday. She introduced me to a few of her friends. At 4 am, we found ourselves on the roof of one of the dorms, lying on our backs, admiring the moon and stars. While everyone conked off one after another, one of her friends and I lay talking about stuff. One subject led to another, and eventually she poured her heart out about a memory that she had not really spoken about with anyone. Perhaps she took comfort in the fact that I was a stranger, and it was just easier to let loose her pent up emotions in front of me. So, there I lay quietly, soaking in her heartbreaking story that left a lasting impression on my mind.

It was a long time ago. I was little. Not so little that I don’t remember things vividly, because I do. He was much older than me, I called him Dada. We lived in the same neighborhood, and used to play together in the evenings, along with a lot of other kids. But he and I were the closest, and he thought of me as his baby sister. He had watched me grow up right since I was an infant, up till the time I turned into a bubbly and carefree pre-teen. He was a few years older than my own brother, but somehow, I was felt a lot closer to him. Even at that age, I knew he was one of the kindest and most good natured people there could be. When we weren’t playing with the rest of the neighborhood kids or doing our homework, he and I would be doing something or the other together at either of our houses; be it playing, talking about God knows what, or him imparting worldly wisdom to me. I thought he was the smartest person around! And he loved me more than he would’ve loved a sibling. I was probably one of the people he deemed most important in his life. The problem was, I knew that.

As I grew older, I began enjoying spending more time with those my age, never letting go of my love for Dada, though. Not one bit. Interests had changed, however. One day, fate delivered a terrible blow. Dada was diagnosed with a malignant tumor in his brain. The doctors assured treatments to prolong his life, but there was only so much they could do. Everyone knew about the nearing, inevitable end. Everyone was in a state of sorrow. We couldn’t begin to imagine what Dada and his family were going through. Nevertheless, all the neighbors lent them their support in any way they could. Dada underwent his prescribed treatments and continued to live his life the best he could. Soon enough, the dismal air went back to normal for everyone, but his family. As is human nature, people tend to forget easily and move on.

Our lives sailed smoothly and we went about our ways, without complaint. But all of a sudden, Dada was hospitalized. I remember my parents telling me he was in a ‘critical condition’. No one would let me visit him in the hospital. A few days later I was told that he was getting better and he’d be home soon. I wasn’t worried anymore. As long as he was coming home, he would be fine, I thought.

One evening, I was busy playing hopscotch with my other friends in the lane adjacent to my house, when Dada returned from the hospital. He looked defeated. He had lost oodles of weight, and was now like a skeleton. I ran up to him and asked how he was. He said he was much better, with a smile (I realize now) that he used up all his energy to force his face into. Back then, it looked genuine and radiant to me. I believed him. He then paused and said, “I need to talk to you. Come upstairs?”

I thought for a bit, and was torn between him and my unfinished game of hopscotch. “I’ll come in a bit. You go ahead,” I told him. I thought I saw hurt flash across his face, but I chose to ignore it. After all, he was much better, right? He said so himself. And wouldn’t it do him more good to go upstairs, freshen up, rest a bit and then sit down to talk to me? I smiled at him and went back to my game and my friends, seeing him shuffle up the steep stairs. A few minutes later he called out to me from the terrace, with whatever strength he could muster. “Come upstairs, I need to tell you something,” came his frail voice from the roof of the building. “Coming,” I hollered back, and waited for my friend to finish her turn.

A while later, I heard him again, calling my name. I knew I had kept him waiting long, but what was the big deal? I would of course meet him before going home for dinner. He knew that. What was all the rush about? Without even turning my head towards him, I made a waiving gesture with my hand and mumbled a faint “yes, yes,” and tossed my stone to the farthest box in our hopscotch grid. I hopped on one leg from box to box and back and once again, forgot all about him.

A half an hour later came the wailing. A distinct sound, that was worthy enough of finally catching my attention. It came from Dada’s house. I rushed up the stairs and frantically knocked on their door. It sounded like his mother. My heart threatened to burst out of my chest. Someone opened the door slowly, I paid no heed to who that was; it could’ve been Dada and I wouldn’t have known. I rushed towards the sound. It was coming from Dada’s room.

He was no more.

I don’t remember much else about that day, or any of the days that followed. Perhaps I’ve blocked them out. The only thing that’s remained is the regret. What seemed to be something so trivial to me, was probably a matter of life and death for Dada. I can’t help but wonder what it is that he wanted to say to me. Was it “goodbye”? Did he know the end was near? How could he possibly know? He had just come back from the hospital, after recovering, right? Or did he have a secret he wanted to share with me? Something only I was supposed to know. Something for which he battled his fatigue and pain. Now no one would know. He took the secret to his grave.

Or maybe it was just something trivial that he wanted to tell me. Something that wouldn’t have mattered probably. But it would’ve made all the difference to me, had I met him, because they’d have been his last words to me. Whatever they may have been. They’d be words I’d cherish all my life. And it would’ve made a difference to him. He’d be able to free himself of the thing that gnawed at him so much, before he passed on.

At least my last memory of him wouldn’t have been of him bending over backwards to try and catch my attention for a little bit. It would have probably been of him smiling his loving smile at me.

He gave his all to try and spend some quality time with me before leaving us, and I in return couldn’t even give him the satisfaction of doing the one thing he asked of me. Perhaps this feeling of guilt and regret is what I have to hold onto to repent for wronging him in his time of need.

He loved me dearly; he’s probably forgiven me long ago. I wonder when I’ll be able to do the same.

A heartfelt thank you to the girl who shared one of her deepest secrets, that had been eating at her for years, with me, a stranger with whom she had nothing in common but another friend. I hope she finds peace in reading this.

A Thirst To Escape – Wanderer

The End Of Magic