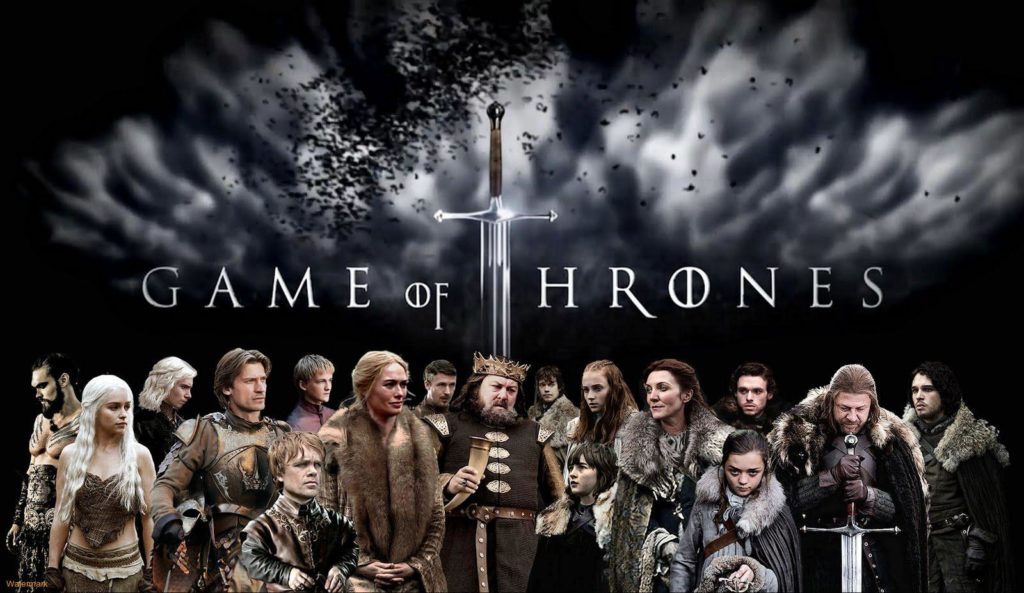 Fashion in Game of Thrones: The Houses

Game of Thrones is one show that has really gotten the masses hooked. Even though a large portion of the audience initially began watching it only for the, uh, adult scenes. But, soon enough they realized that it was so much more than that! The crazy-ass but riveting plot, hateful but addictive characters, grotesque but gape-worthy deaths, and unique but mind-boggling costumes.

The Emmy Award winning costume designer, Michelle Clapton, has sure gone all out in making each and every character look one of a kind. She’s made quite certain that the looks of every House, every army, every group of handmaidens, even, differ from one another vastly.

The costumes of every House are largely influenced by not just the region they live in and the weather, but also by their sigil. Each House has their own sigil, which is hoisted on their flags and banners, as well as worn in the form of pins and adornments, along with the fancy patterns on their clothes.

Here’s a peek into the fascinating world of fashion, in each of the Houses.

House Stark, dwellers of the cold North, has their wardrobes duly stocked up with thick hide wraps and capes, lest the frigid Winter steals their hotness, erm, body heat. Their sigil being the Dire Wolf, they have much love for the animal and each of the Stark children has one as a pet and companion. But, keeping aside their affection for the animal, they make their fur capes warmer with collars made out of the fur of animals they’ve hunted themselves.

Their boots and battle vests worn by the men are made of leather, giving them a suave and classy olden-times look, yet not entirely royal. The battle vest have crisscross leather straps across their chests, a signature design of the Starks of Winterfell. The costume designers have done a great job of ensuring the viewers get a sense of the Starks being Lords, but not royalty. They’re made to look rich, yet down to earth. Their clothes are mostly fashioned in dark colours such as black, brown and grey, keeping in tone with the gloomy climate of Winterfell.

Aptly defined by the Lion, the most powerful House in the Seven Kingdoms (up until Tywin Lannister was killed by his own son, while sitting on the pot) usually wears shades of red. The men’s garb comprises of leather vests and mixed metals for armor, with lion’s heads adorning their shoulders. Both the men and women wear a number of gold trinkets with their lion emblem embossed.

The former Queen Cersie Lannister, although married to a Baratheon, wear different shades of red mostly. She is such a trendsetter, that most of the noble women follow her style. She wears gowns with log, flowy tilted-bell sleeves. The back of the sleeves almost reach the ground. She accessorizes her dresses with rad metal belts, and even some very stylish metal breast-plates as a subtle touch of armor in times of siege.

House Baratheon is the one currently holding the Iron Throne. Well, at least in name. The King wears a beautiful gold crown crafted in the form of several stag antlers, to go with their sigil. Joffrey, in particular, wore a lot of brocade Sherwani-style tunics with varied prints (he wouldn’t mind anything, but floral designs), coupled with pants or breeches, and occasionally a velvet cape draped sideways, from one shoulder to his waist on the opposite side.

Robert, on the other hand, when still alive wore simple dark coloured tunics with slight gold embellishments on the shoulders and front.

The Baratheons’ armour is made up of leather and mixed metals, with the colour of leather varying from brother to brother, as they’re all divided in their own ambitions to become King. Nevertheless, each one wears attires adorned with details of stags and antlers.

Native to the city of Highgarden, the men and women wear the most floral designs and patterns you will have ever seen in one single place. All their garments are decorated with varied patterns of flora, mostly roses, in the forms of embroidery, metal embossments, prints, self work, brocade designs and beadwork.

Being one of the richest families in Westeros, they’ve invested much in their clothing. Especially, Lady Margaery. Her generous use of fabric below the waist and dearth of it above, bring about some really intriguing dress designs. Coupled with metal belts and trinkets, she wears off shoulder gown, plunging necklines and bare backs, each one usually very form fitting. The rest of the members of the House too, wear a lot of floral brocades in the form of tunics, jackets, waist coats and dresses.

The House of the Dragon, must I say more? There is power even in their name. Daenerys Targaryen being the sole survivor of her family, after being tossed into marriage with Khal Drogo who died on her, rose from nothing, battling the world and conquering every place she laid foot on. She is now the Queen of Slaver’s Bay and the Mother of Dragons. And her sense of dressing is nothing short of how a Queen must look.

When Daenerys was married to Khal Drogo, the leader of a savage tribe, she wore tunics, crop tops, skirts and dresses made up of braided and loosely knitted weaves, along with some made of animal hide. She quickly blended in with the ways of the tribe, braiding her hair in multiple plaits all over and wearing horned necklaces and junk jewellery.

As she progressed in life, taking over the slave cities and freeing slaves, she transformed into a real queen, a humble and just one at that. She began to dress more royally, in the warm lands across the Narrow Sea from Westeros. Her wardrobe now comprises of silk and satin dresses, often coupled with leather or hide along with fabric. She continues to wear horned necklaces and braids her hair. Her style of dressing is beyond impressive, what with all the fancy pleated underskirts, stunning metal meshwork covering her neck and shoulders and intriguing leather belt-like accompaniments that go around her narrow waist and flow down just the front in a thick strap.
If you plan to look chic and stylish, yet semi-formal at an event, opt for something with the likes of Danny’s wardrobe. You’ll have all eyes on you, for sure.

The Martells belong to the sunny city of Dorne. Believed to be home to the most beautiful women in Westeros, the city sees no dearth of fashion. The Martells wear lovely summery colours in shades of yellow, orange and red, mostly. The men (Oberyn mostly) wear long Sherwani-style tunics with trousers and leather boots. The women love wearing skimpy clothes, including long, flowy skirts and fancy bikini or crop tops. These women perhaps use the most number of accessories, in comparison with others. Their trinkets range from the usual rings neck, necklaces, earrings to anklets, bracelets, hair ornaments, nose rings, shoulder ornaments, mesh and chains across and down their torso, and metallic and chain belts.

Ah, the men of the Night’s watch. Makes one think of Jon Snow right away. Jon Snow knows nothing, I think with a stupid smile on my face.
Snapping back to reality now.

The sworn brothers of the Night’s Watch, also known as Crows, although not a house, but a brotherhood, have a fixed dress code. They wear all black, to keep in tone with their unofficial sigil and their purpose of guarding the North Wall. Since they live in frigid conditions, wear extremely thick capes and wraps that look like mink, with super-thick light coloured fur collars. They’re meant to be forever ready for battle and hence are always leather-clad, in tunics, trousers and boots. They also always carry their weapon of choice (usually a sword) in its sheath, strapped to their waists.

The colour of their uniform may be stark against the white snow when looked at closely, but when coupled with the lighter coloured fur collar, they tend to get camouflaged in the snow, especially even when they travel in groups. The colour of their attire is carefully chosen to make their existence in extreme conditions possible, to stay out of danger by blending with the environment.

Have something to add to the post? Let us know in the comments below.