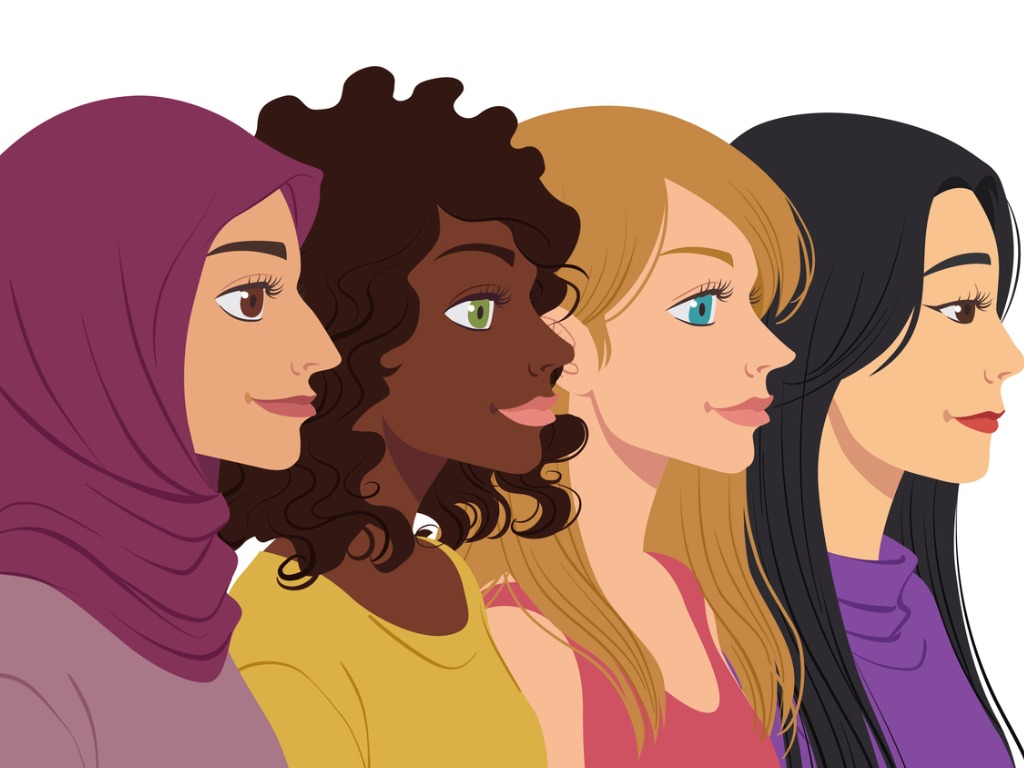 How our identities shape our lived experiences

“What’s in a name? that which we call a rose

By any other name would smell as sweet.”

Shakespeare’s words are deemed timeless by scholars and performers alike, but this particular quote seems not to have aged well. The lovelorn Juliet might have argued that there is little stock to put by a person’s name, all that mattered was a person’s essence. And while that sentiment is noble, in our current world it sounds out of place, even tone-deaf.

Take, for instance, Elliot Page’s official announcement a couple of months ago. The Oscar nominated actor came out as a transperson, via a heartfelt letter on social media. His chosen name is now an important directive to who he is as a person. It is commemorative of his journey towards owning his truth. To refer to him now by any other name and pronoun other than the ones he has specified would be negating his identity. Ask any LGBTQIA ally and they would tell you, it is not only disrespectful but counts as emotional violence to refer to a transperson via their ‘dead name’ (i.e. the name given by their parents before they came out).

Whether we like it or not, our world functions on a meticulous balance of labels and borders. The pandemic made us aware of how actually segmented our world is when we could not travel from one state to another without going through the mandated safety protocols. As for labels, unlike hermit crabs who can choose shells of their liking from the seashore, we are mostly born into an identity. We carry these identities with us as important markers that hint at where we came from, and where we are allowed to go.

If we look back at Elliot Page’s letter, there he acknowledged while the world is rife with transphobia, his being white gives him immense privilege. His letter carried with it a sobering statistic, “In 2020 alone it has been reported that at least 40 transgender people have been murdered, the majority of which were Black and Latinx trans women.”

Global movements like #blacklivesmatter aside, certain people still raise an eyebrow at the issue of skin colour. Surely, racism can’t still be an issue in the twenty-first century? Dr. Tiffany Jana, the founder of TMI Consulting Incorporated, a diversity and inclusion management consulting firm, a woman of African American origin, says it as it is: “(…) race still matters. Gender still matters. Society still suffers from the fallacy of the hierarchy of human value. Privilege still dictates who gets job interviews, who gets hired, and who gets promoted.”

In the initial stage of life, the function of our identity is very subtly posited in the woodwork of our worldview. Who we are in the world, is a cultural conditioning that begins so early in our lives that it takes us entire lifetimes to even notice it for what it is. It begins when our names are picked for us, a perceived gender is assigned to us, we are coached to behave and interact according to the norm.

We keep picking up hints from our teachers, extended family, neighbours, role models, peers and even pedestrians walking down the street. Our identity is perpetuated when we tick boxes about gender, religion, marital status, as we become adults. These ticked boxes are how the world sees us.

To see how our identity informs our privilege, or the lack of it, we have to look objectively at our lived experiences. My life helped me understand how the intersections of identity and privilege interact. Of course, it took me a while to figure out the puzzle. Ergo in retrospect, I can divide my journey towards self-knowledge into three epiphanies about my identity.

Much before I heard the phrase “identity crisis” as a 14-year-old, I already had one of my own as someone who hit puberty early. With the onset of menstruation, the fact of my gender dawned on me. I was ‘officially’ a female. Which meant my identity came with a free hamper: disparity, double standards, and a history of violence and oppression. I did not have the privilege of doing everyday things like walking down the road alone and feel safe; or smoke a cigarette, like all experimenting adolescents, without earning judgemental stares. I was not born with the “boys will be boys” hall pass.

I was just beginning to grasp that I was born in a patriarchal world when life dealt me another blow. I graduated to an all girls’ school from a coeducational institution. From thereon started a decade long process of accepting my sexuality. Comedian, Youtuber and late-night show host, Lilly Singh once said in a rap version of a popular Hindi song, “I do both, no need to pick”. I heartily agree with her. Wisecracks aside, it was terrifying to embrace my orientation as a bisexual person.

The third bit that shaped me as a person was taking stock of my mental health. Of my struggle with a host of mental health issues. Pat in the middle of my twenties, I took an indefinite sabbatical from the conventional milestones of adulting—a cushy job, destination wedding, a perfectly curated social media feed—and allowed myself to proceed at my own pace.

It took me a while to come to terms with these facets of me. Understand that while all of these things were part of my identity, I am not defined by just any one of them. Of course, as a queer woman with a history of mental health issues, I was triply divorced from the privileges an able cisgender heterosexual man has in our country. However, my education about privilege was far from being complete.

As intersectional feminists will educate you, our privilege lies at the intersection of where we stand in our society’s structural ladder. Meaning, not just gender but issues like religion, caste, sexuality and our physical ability decide the level of oppression one faces.

At no point in the history of human civilisation, has identity held so much purport than now. Everything from our skin colour to gender identity, caste, religion, race, nationality adds nuance to our position in this said hierarchy. A hierarchy that factors how low or high our accorded glass ceiling is. This invisible glass ceiling is what we call the ‘privilege of one’s birth’.

Just weeks before my twenty-sixth birthday, while I was working as a journalist for a national magazine, a young scholar hanged himself. It became primetime television content. I noticed the young man had been a birth-sake, i.e. he was born on the same day as me. He was just a year older. Starting at life, exploring its possibilities. In his last (now oft-quoted) letter he had written, “My birth is my fatal accident.”

I was unnerved by the fact that despite all the marginalisation my identity brought me, as an upper-caste woman it was my privilege that shielded me from the grim realities of caste in our country. It was apparent that caste is to upper-caste Indians what race has become to white Americans.

In an affecting TED talk, Beena Pallical, Dalit Rights Activist, relates an anecdote of how B.R. Ambedkar would be sent to sit at the back of the classroom because of his caste. I got to attend a National Campaign on Dalit Human Rights (NCDHR) public hearing as a possible lead for a story back then. It was the day my bubble burst. The hearing appalled me. However, owing to the fragile balance that was my mental health I felt I could not do justice to the enormity of what I witnessed.

The thing to note here, as Pallical astutely observes, is that our privilege shows in the choices we are able to make. Had I been a person personally affected by Dalit or caste atrocities it would have been much more difficult to let go of the story. I am slightly ashamed of that day even now but that doesn’t diminish the fact of my privilege. The privilege of choice my caste location afforded me was in stark contrast to that of the little children trooped forth for their hearing. These ten year olds were singled out for their caste in their local school and made to clean toilets instead.

“When we identify where our privilege intersects with somebody else’s oppression, we’ll find our opportunities to make real change,” explains Ijeoma Oluo, author of the acclaimed book “So You Want To Talk About Race”.

Working at the crucial caste intersection in our country is Divya Kandukuri. She is a journalist and the founder of The Blue Dawn, a supportive framework that helps Bahujan communities to access mental healthcare services. Kandukuri’s experiences caused due to her caste background helped her gain perspective which she then funnelled into constructive change at the grass-roots level. “I believe in community healing, especially for the marginalized,” Kandukuri told OZY.

Conversely owning up to our privilege is equally vital to further conversations about equity. At the very outset of her memoir on surviving depression, “I’ve Never Been (Un)happier”, Shaheen Bhatt acknowledges her privilege. She speaks about being a ‘best-case scenario’ of someone living with clinical depression, given all the resources she could access. In an interview, Bhatt simply states, “Even the platform for writing this book I have gotten because of who my family is. (…) My situation and my depression is interesting in the context of my family.”

It is time we reckon with our names and the tags that come with them. Notice the messaging being programmed into us via our identities and decide if we are okay with that. America Ferrera, an Emmy winning actor, more famous as the face of the sitcom “Ugly Betty”, talks about the plague of racism that mired her seventeen years long career in Hollywood. How the world wanted her to believe her identity was an ‘obstacle’. Until she chose to stop “resisting” the truth of her racial identity.

According to Ferrera, the first step towards creating a world of equal opportunities is to accept who we are. She concludes, “Collectively, we are what the world actually looks like. And in order for our systems to reflect that, they don’t have to create a new reality. They just have to stop resisting the one we already live in.”

Nothing else could matter