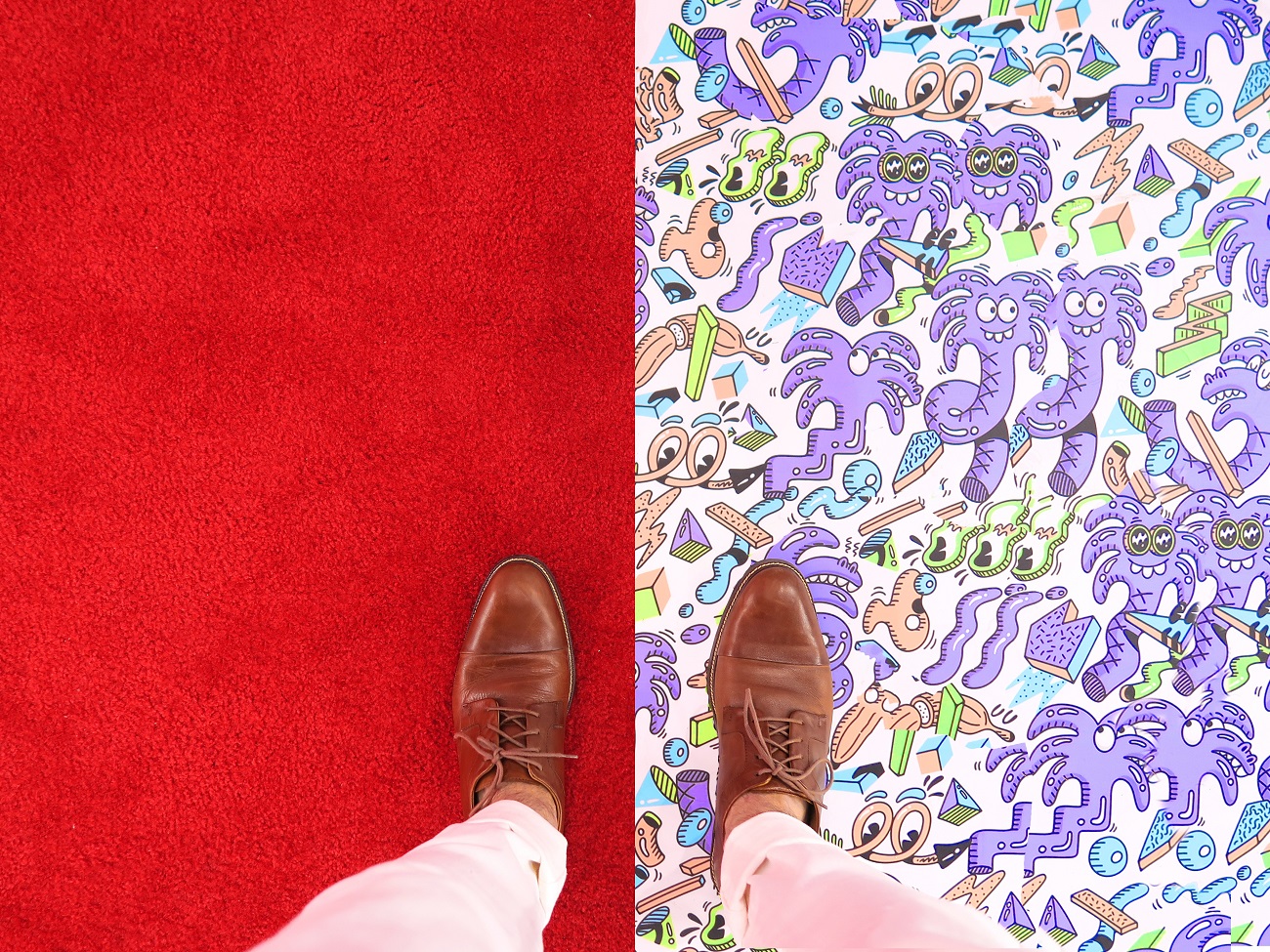 A security guard who wasn’t: Struggling now for a better future

I was heading out for my customary walk – which invariably turns into a short shopping trip for daily supplies – after dinner when I noticed something unusual. Two security guards in uniform were standing outside the gate. One face was familiar. The other invoked the I-have-seen-him-before-but-don’t-know-where thought.

The presence of two security guards at the same time means only one thing – one of them was going on leave and the other was a replacement. Ravi, the familiar face, smiled when we saw each other. He was well spoken, well mannered, polite and friendly to everyone.

“No, sir. Just a couple of off days that I’m getting after almost two months.”

I stared blankly at him, as if not registering what he had said. Inside, I was deeply hurt by the insensitivity of my question.

As a tenant, I was used to seeing two faces man the security desk week after week – Sujesh in the mornings, from 4 am to 4 pm, and Ravi in the evenings, from 4 pm to 4 am. While the rest of us enjoyed our weekly offs, spent time with our families, went out for a drive, or to the beach, or just sat at home watching a movie, Sujesh and Ravi manned the desk downstairs. I am appalled the thought never crossed my mind that these two men had been working non-stop for several weeks, without a single off day. They had become as permanent as the sofas and table kept at the reception.

They lived in quarters built for them in the basement parking. When they were not working, they were resting in their accommodation, surrounded by the constant noise of car engines turning on and off, tyres squealing on the smoothly paved surface, constant elevator dings, and the occasional car alarm screaming off. The tiny room was their home when they were off duty.

I had once managed to sneak a look. It had one bed, one mattress rolled up on the floor, a fridge, two cabinets, and a small stove. Adjacent to it was a bathroom. The two guards didn’t even have two beds to themselves. When one of them slept, the other one had to be awake. Thankfully, the guards were managed by a company, which supplied guards to many other buildings in the country. When the guards wanted a break, or fell ill, they were promptly taken to the central company accommodation. But as I saw, this only happened when the situation demanded so. Otherwise, the guards were condemned to the tiny room in the parking basement.

Ravi had not been the night guard always. The night shift was earlier done by another guard, much younger. But he couldn’t take the pressure. He had left a month after I moved into this building. That evening, too, I had seen Hanif (see, I knew I had seen him earlier), filling in as a replacement, while the younger guard, I don’t remember his name now, was prepared to leave.

A few days later, when we returned from an extended weekend away, we saw that Hanif had left and Ravi had taken his place.

I had a brief chat with Ravi that evening. His diction was spot on, very eloquent. He didn’t hesitate in speaking in English while we made small talk. I didn’t give it much thought then. He was soon friends with my four-year-old daughter. I observed them closely. He knew how to entertain little kids. My daughter liked his company. His conversation was not frivolous. He would try to explain little things to her.

So when I saw Ravi with the other guard, and asked my insensitive question, I tried to salvage the situation by asking him about himself.

“Sir, I haven’t taken an off day for over two months now. I am not able to cope up now. I have requested for an off day several times. But they keep making one excuse or the other. Finally, after so many days, they have allowed me a couple of days off,” Ravi said.

Next to the apartment gate, in one corner, I noticed two small bags. One of them carried the name of the security company. I figured the bags belonged to Ravi. Two months of non-stop work, and two tiny bags to live from. I am used to packing much more when I am going away on a two-day trip, I told myself.

“Sir, this is not my job. I am doing it because I had nothing else to do,” he said.

I could not think of a response. What should have I said? This was Ravi’s first job as a security guard. He is not highly educated, but had a respectable job in India.

“I used to work for a medical transcribing company. My job was to listen to audio files sent from overseas, transcribe them, and send them to my bosses. More than 500 of us worked in Bangalore. The company, overall, had over 5,000 employees globally,” he added.

I wasn’t aware of this job until he told me, but I could tell that he was proud of it.

“Then, one day, we were all asked to leave. More than 200 of us lost our jobs. My daughters were studying in a convent school, and I didn’t have the heart of discontinuing their education. So, I grabbed the first opportunity that presented itself. Once I find a steady source of income, I can go back to looking for a job in my profession, I told myself….

…However, I don’t think that’s going to happen. The security company promised one off day a week, and a return ticket to India every year. I even approached some pharma companies and hospitals in Dubai for a job. No one had any vacancies for a ‘fresher’. They wanted someone with experience. Tell me, sir, where shall I find experience from if I am working from 4 pm until 4 am? Even free internships will be difficult with such off timings,” Ravi said, almost to himself, as I stood next to him.

It was no longer a conversation between Ravi and myself. It was a conversation between the present Ravi and the Ravi of the past. I was only the catalyst. My questioning had triggered a switch in him, a dusty switch that had perhaps been forgotten for a long time. He was painfully dusting off the memories now, telling himself that everything would be fine.

I wanted to give him a hug and tell him everything would be fine. I didn’t. There was nothing I could have done to help him. I had no connections in that industry. I didn’t want him to send me his resume with the hope that I would be able to help him out.

“Many tenants have told me that they would try to help me out. Nothing has worked so far,” he said. “In fact, a tenant here runs a chain of restaurants. He has his own set of complaints every time I speak to him.”

Ravi was jolted back to present with a phone call. The barrier of the basement parking was stuck again, and a car was waiting to do in. He picked up the key and ran out, pushing his memories back into the tiny box he had painfully plucked them out from. I saw him leave, then slowly walked to the lift and went upstairs.

Today, Hanif has been in the night shift for five consecutive days.

“When is Ravi coming back,” I asked.

“Not any time soon, sir. He has been posted at another building in the morning shift,” Hanif replied, to my relief.

Hopefully, Ravi will be able to sneak out for a couple of hours during the day and find a job that suits his skills better.