﻿ Ananya Singh The society’s thousand reasons to fail the depressed May 27, 2019 https://www.nakedtruth.in/wp-content/uploads/2019/05/The-societys-thousand-reasons-to-fail-the-depressed.jpg 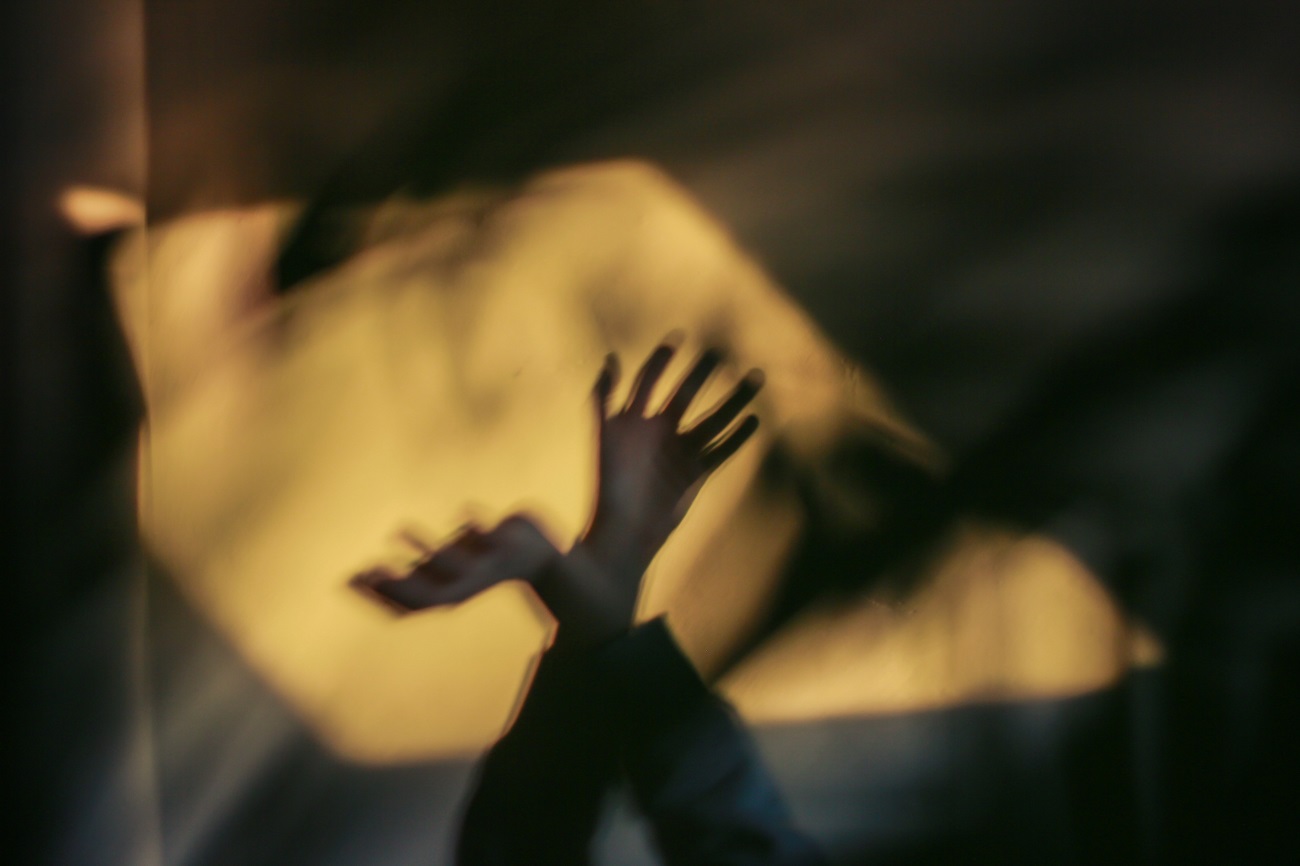 The society’s thousand reasons to fail the depressed

I had always been a straight grade A student, flourishing at extracurricular activities, winning debates and athletic accolades all the same. When I was 16, I experienced severe emotional trauma in the form of losing both my grandparents, within a gap of one year. I was incredibly close to them, and when they passed away untimely, needless to say, I was devastated.

After my 10th standard, also the time immediately after my grandparents’ demise, I was sent to a different school. At this new place, I had no friends, I wasn’t able to concentrate on academics, and did not have any outlet to process my grief. My father’s borderline alcoholism and mother’s overbearing attitude weren’t helping much either. All this, along with the realization that I was repeatedly sexually assaulted by someone known to me when I was a five-year-old child was too much for me to deal with, and I went into a downward spiral. A real nasty one that went on to last for the next couple of years.

I started performing badly in all my exams. I lost a lot of weight, and started looking sick. I was made fun of for looking like a stick in public gatherings. I was in bad company, bunking classes. I was doing anything that would make me feel even slightly good, or even better — numb.

From a 90 percent student, I came down to scoring 50s within a span of one year, but my parents were completely oblivious of my mental condition. For them, I was simply being lazy and not focusing enough. Once I tried to commit suicide by swallowing a box of pills, my parents called it ‘drama’.

No matter how severe and obvious the symptoms were, they were always overlooked, and I was labeled stubborn, worthless and lazy. What followed in my life thereafter was a lot of personality issues due to unresolved trauma, concealed grief, emotional instability, and unanswered questions. Unaware of the disease that was silently killing a little life in me every day, I started to hate the person I had become.

It took me years and clinical therapy to realize that I was suffering from depression and post-traumatic stress disorder, and my actions were a cry for help that everyone around me conveniently ignored for years. I went on to suffer, with low self-esteem, for years to come in my life until I finally got better. Sadly, this is not my story alone.

You see in Indian families, the concept of mental health doesn’t exist. Either you are just sad, dramatic or mentally retarded. For our parents, depression is not an illness, it is just a state of mind (much like homosexuality) that one has to get over by going on vacations, pushing it under the rug till it vanishes, or by miraculous powers of friends and family members who’ll simply talk you out of it through their wisdom. And god forbid, if you need medications to treat yourself, the news will travel faster than light itself, and you will be branded ‘crazy’ among all your close and distant relatives.

This attitude is shocking particularly more because India tops the list of the most depressed nations in the world, followed by China and the USA according to the World Health Organization (WHO). There has to be a convincing reason that we are still collectively ignoring it. I will tell you what it is.

In our society, a singular age-old social precept of ‘log kya kahenge’ (what will people say) is germane to every situation, and mental health is no exception. The notion that one must appear ‘normal’ to the society cuts across the lines of age, gender, caste, religion, and your socio-economic class. It is one binding factor that regulates people’s decisions in all aspects of their lives. Since childhood, we are taught to hide our vulnerabilities lest there will be judgment and gossip. In such a scenario, it is easier to stifle the need for psychological care than address it and invite attention.

When I was under therapy, and still recovering, a boy I was dating then casually remarked during one of my emotional breakdowns, “God, I see no improvement in you, you are just wasting a thousand bucks for an hour.” Imagine saying something so cruel, so harsh to someone who is putting in every ounce of strength to rise and come up to the surface.

That brings me to the concern where we, as a society, are completely failing to provide a robust emotional support system to mental health patients due to our own ignorance, fear and prejudices. It is not unusual for people to ridicule, belittle and sideline the quiet or the different ones.

Social stigma around depression and other mental health disorders in the society and the country is hiding in plain sight since people simply refuse to acknowledge it. The numbers of suicides caused due to depression are snowballing in rural areas, with the highest rates observed among younger Indians due to lack of an emotional support system. Nevertheless, do not let it fool you, it’s not like our modern urban society is getting any awards for honest dialogues around mental health. Despite a few celebrities coming out on public forums to normalize mental diseases, the situation in our homes hasn’t changed much.

Following a series of unfortunate events in his career, one of my friends, Rishabh (name changed), a lawyer from Mumbai went into severe depression and cut off all contacts with his family and relatives. “My story made for perfect gossip over lunch and tea sessions, and I completely withdrew from socialising and confined myself mostly to my room at home,” he says. At the age of 29, Rishabh was facing possibly the worst crisis of his personal and professional life.

While his dad initially seemed to understand, his mother just shrugged it off as him being unable to muddle through the stress of the legal profession. Rishabh would later go on to be diagnosed with multiple disorders namely schizophrenia, bipolar disorder and depression, and started medical treatment for it. Like many Indian parents, Rishabh’s also didn’t see the symptoms of the disease that were slowly eroding his happiness away until it was too late.

It is, perhaps, true that people who haven’t suffered from depression find it difficult, even impossible, to really understand it. Most of my friends just tell me how amazing my life is, there is no reason for me to be sad. They do not get that depression is a disease, much like getting a fever or a skin infection and I do not have the power to control it. However, even in such cases, it would be really nice if people simply believe what the other person is telling them. You don’t need to have cancer to know it is bad, do you?

I recently happened to watch a movie ‘A Death in the Gunj,’ which left me with some unsettling emotions. The story goes on about a boy, Shutu, who is an angst-ridden young man abandoned by a world that is driven by artificial emotions and that lacks acceptance, being constantly mocked by everyone around him, eventually leading him to take his own life. Shutu blames himself for everything happening to him. He has resigned to his fate, and no one around him notices. Not for once.

The movie raises a pertinent fact about how we, as a society, make the sick, even sicker.

The stigmatisation of a mental health disorder does nothing to encourage the victims to seek support, instead treating depression as a personal flaw leads them to avoid seeking professional help, and blame themselves for their depression.

In a survey by the non-profit The Live Love Laugh Foundation (TLLLF), a staggering 47% of the respondents were categorised as being highly judgmental of people perceived as having a mental illness. Many people around us believe that one should maintain a safe distance from the depressed, or that interaction with a mentally ill person could affect their own health.

When I was at the brink of giving up, I had someone by my side who pulled me away from the edge and encouraged me to seek professional help. Even though I am not in depression anymore, my demons still linger around, and I experience emotional breakdowns on a regular basis. I was lucky, but many are not.

Forced career decisions, fear of failure, and the general stigma attached to mental distress are pushing thousands of students to suicide every year. While we can always find reasons as to why we aren’t doing enough, the truth is we are running out of time. As per the data, one student kills himself every 55 minutes.

Whether it is postpartum depression rates in new mothers, or the staggering rates of student suicides, the society and the families are most comfortable turning a blind eye to mental health challenges. We all want to deny that the country is facing a mental health crisis, because acknowledging it would mean we need to fix it. And that would require us coming out of our comfortable bubbles of ignorance and apathy, lending a listening ear and a kind shoulder.

Have we become too busy to live?