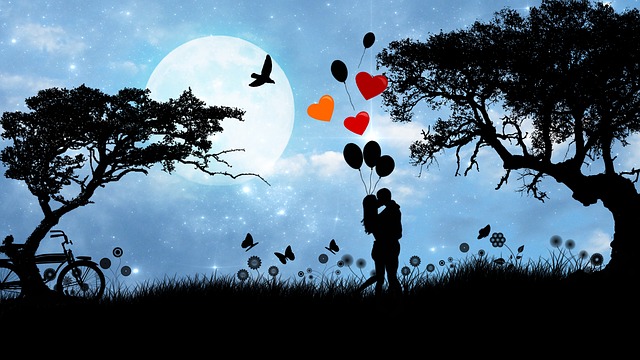 (The third story in continuation with the last two stories, The Imperfect Date and To The Days As They Will Be.)

Life had winked at me,
The moment passed by.
You are the one that I love,
And I will say goodbye.

Strange were your doings,
Odd went my ways.
You are the sin and the soul,
And I will say goodbye.

He left her.
She was right all along.
#TillTheyMeetAgain

Madhura’s crying face lingered on my mind as the bus chugged along. A strange sense of satisfaction had descended upon me as tears rolled down her cheeks. The sense of gratification was inexplicable. There was a feeling of contentment, the feeling you get when an unseen weight is lifted off your heart.

Madhura had done us both a huge favour. The one-sided love was finally about come to an end.

There was a time when I was madly in love with her. She was a great friend, a rock-solid support and a passionate lover. She was everything I was not. She tried to be everything I wanted. I couldn’t be all that she had expected. Yet, she loved, selflessly.

It was not easy to let her go.

Her love grew stronger day after day, stifling my love, trouncing my lust, annihilating my passion. It was only a matter of time before the threshold of my endurance was breached.

My monosyllabic replies to her lengthy love notes, arguments over trivial matters, drastically reduced attention span and non-adherence to her likes and dislikes increased over time. I wasn’t going away from her. I was going to make her go away from me. I was going to change. She liked me quiet. I became talkative. She liked my calculated moves. I became brash. She loved my subtle style. I was becoming ostentatious.

I became new, transformed into everything she hated. My attitude was sky-high, my self-esteem had hit rock-bottom. If only I had put in the same effort in loving Madhura back.

Arguments increased over the days. Phone calls were few and far in between. SMSes came down to single digits. The plan was working.

There was an occasional knock from my conscience, which I ignored.

As days went by, arguments turned into fights, the phone calls nearly vanished, just like the love. I could see it fading. There were desperate attempts for revival, the way you fan a dying fire. It turns the dead ember bright red for a few seconds before it becomes dull again.

One such attempt at the revival was a forced date. I couldn’t get myself to refuse upfront, so I agreed. I couldn’t look into her eyes, so dragged a few friends along. They would be my buffers and would ricochet any attempts at reconciliation.

Our love had turned into dead ember. It was still hot, but the fire was out. Fanning it now would only scatter ash.

Your presence brought cheer,
Your absence left a void.
You are the divide too wide,
And I will say goodbye.

You made me dream,
You killed the desire.
You are my ardor,
And I will say goodbye.

Always True To You Darling:

Her smart ways and a proper timing of thought allowed her to finally manage a dinner date with him. Arvind used to call her every day, even if he didn’t have anything to talk about. This particular trait had brought Madhura close to him. But his calls were disappearing with time; this made her feel restless. She admitted to herself that she had started to possess Arvind’s thoughts so passionately, waiting for his calls and messages. Lately, she was growing upset about the fact that no longer did he oblige her with the frequent talking. She had thought that a romantic date would do some good to their dying relationship if she could call it so!

Her bags were packed, and she left her office at 6 o’clock, in anticipation of spending a great evening with him. He had promised of reading out some poetry along with the wine that night. She was all excited. Indifferent to how she looked, she gathered mess of her hair, darkened the kohl in her eyes and just rushed to find an auto.

While travelling, he called her. He informed her that he had left and would see her in around 40 minutes. She was very happy.

Just as she was about to reach Connaught place, he called again, saying that he was accompanied by a few of his friends, as they thought of grabbing beer together. Madhura didn’t like it. She asked him, “Why didn’t you inform me of their presence earlier?” He said,”Relax! They will leave in a while, and what’s wrong if they sit with us anyway?”

Madhura was so disappointed; tears swelled in her eyes and unknowingly, she sobbed, sitting alone in that auto. The moon was fully blown, like a white balloon and the evening seemed to have started losing its crimson. How could she possibly justify her disdain? It was just his friends; they will share a few pleasantries and might just leave early. And then again she thought to herself, “Let me not turn up there, and ask the autowala to take a U-turn, probably he wants to spend some time with his friends, and I am merely forcing him to be with me!”

She never had the courage of going back. With a lot of reluctance and wet eyes, she entered the restaurant. She had never planned the dinner at this place. In fact, she didn’t like this particular restaurant. But nothing was going on as she had imagined.

There, they were sitting together, laughing out loud, oblivious of her. As she approached their table, Arvind grinned at her and stood up to hug her. For the first time, she just shook his hands and without looking him in his eye, started to smile at his friends. She sat across him and talked to everyone. Madhura tried to be as calm and composed, as she was always expected to be. Her drink arrived and with every sip, she started to think of how Arvind had been indifferent right after she had returned from Pune. How easily had she forgiven him in the past!

His friends took their leave and suggested that they should carry on with their dinner. She was so relieved, no longer did she need to fake that smile. She could finally fight with him.

But Arvind and Madhura didn’t argue. They both sat silently. She had tears rolling out of her eyes, and he looked at her blankly, unabashed and unmoved.

He paid the bill, and without saying a word, both of them descended the stairs. The Inner Circle was quiet now. No hawker was to be seen around, except for a few cigarettewalas. The parking lot was all empty. Even this place seemed to reflect Madhura’s mood then. She asked him to drop her near the office bus. He nodded. While going towards the car, she was walking behind him. He turned around and said, “I am sorry, I didn’t know this plan would upset you so much”. She said, “That’s fine, we might not have another chance like this.” He didn’t say anything.

In the car, he tried to make some conversation. She responded half-heartedly. They found their way to her bus. After stepping out of the car, he hugged her, and she shed a tear again. Madhura hopped onto the bus to leave for Nainital. She had asked him to inform her when he reaches back home. And he didn’t call her for another seven days.

With the wit that he had always carried, she could so clearly hear the loud sound of this particular song, banging in her head “Yes, I was always true to you, Darlin’, in my way!”

She knew that her journey was going to be difficult.

You made me stand,
You tore me apart.
You are my longing in solitude,
And I will say goodbye.

You are mine,
I am you.
You are my lust,
And I say goodbye.

You are the simplicity in my complications,
Fateful tears with an arc of smile.
You are the contradiction within me,
And that I shall embrace.