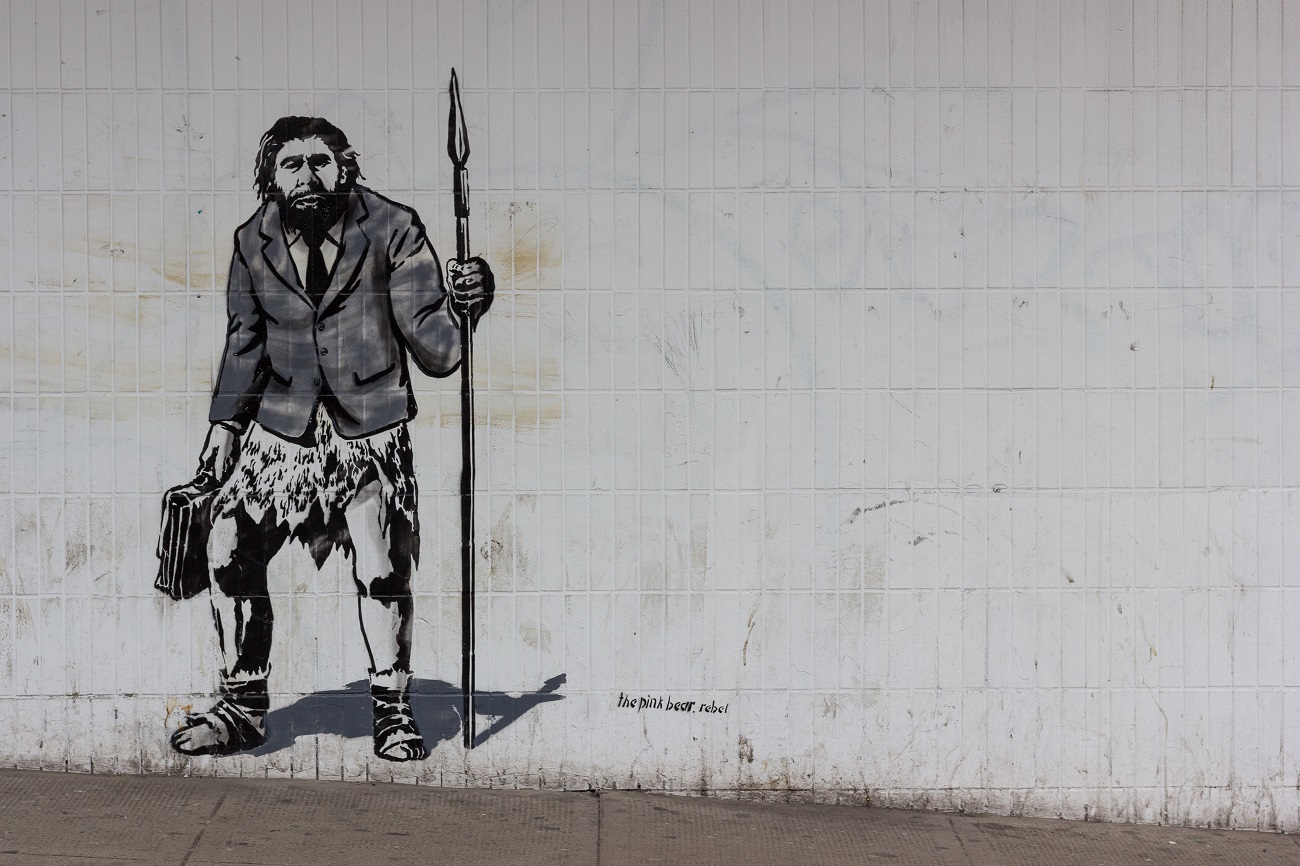 From “Oh it must be great getting paid for practically chilling at home” to “Must be too much effort managing everything remotely and not having any colleagues around”, and everything in between, I have heard a wide array of responses whenever I tell someone I work my full-time job from home. However, the reality isn’t as binary as people make it to be. And while a lot of people, mostly either the ones working freelance gigs or the ones trying to get their companies off the ground before they commit to an office space, work out of their home, the ones who have tried both setups can add more perspective to the arguments which is exactly the idea behind this whole story.

In the early days of my career, I started earning my bread by taking up various freelance gigs and working out of college and home. Now, after hopping around in a couple of roles, moving cities for full-time jobs, and then back again to a remote job, here I am four years later, trying to weight what I do like best.

Over the years, an increasing number of people have been moving towards remote working in one way or the other. The shift has been happening right in front of our eyes, however, Google Hangouts and Slack have been there to minimise the impact and smoothen the transition. This has been further aided by the fact that a lot of employers have realised that tying people to their desks wasn’t doing them much good and they would rather save some money than have an office full of people that they can do without. They are acknowledging that in case of keeping control, ‘less is more’ is the key. People are happier when they feel like in control of their lives rather than their office and commute.

The ups and downs?

There are far too many arguments that support and oppose the idea of remote working. And depending on what the conversation is revolving around, it can either come across as an obvious thing that everyone should be doing or as a monstrosity created by evil corporate overlords.

Have you ever felt that people, who were once your not-so-nice colleagues, suddenly feel nicer as soon as they turn into ex-colleagues? As an individual, I have limited tolerance for loud or clumsy people, and this scenario holds true, at least for me. Sharing the office every day with the same set of people magnified their personality flaws to me and mine to them. From loud phone calls to Punjabi music, the irritants add up over time and repel people. A new job, and suddenly you are enjoying the company of the same people over a weekend meeting while you share a drink or a dozen.

Working remotely makes your colleagues more likeable as you hang out with them only over meetings or meals and don’t deal with each other’s flaws on a daily basis. In fact, you look forward to meeting them instead. Of course, another extension of this comes in the form of peaceful work environment that comes with not having people around you, and for those of us who get distracted easily or are triggered by minor irritants around, that is a boon.

In my last role, my work overlapped with a lot of people, which means it was almost impossible for me to focus at the work in hand for more than 20 minutes without someone yelling my name for inputs. I had been switching desks for giving approvals right on their screen or making split second decisions for them on what name to put on a button and what not. Despite setting up simple processes for everything of this sort, it was the least resistance path for them, and as humans, we tend to choose that. However, with my attention span being what it is, I had to either put on headphones or spend few hours in other part of the office to compel others to collect their thoughts for a discussion instead of blasting me with them spontaneously. In a remote setup, this least resistance path is eliminated and people are able to focus better at the task at hand.

A remote setup also meant no commute which was a boon. Suddenly after the end of a workday, I had time and energy left to go out for a meal, read a good book, ride a cycle around and do a lot more. It felt like having access to a part of the day that I didn’t know previously existed. The weekday evening plans I was earlier bailing out on because “How do you have the energy left after work” were now never skipped.

And as you are not tied down to an office, you aren’t tied down to a city either. Work from a beach shack in Goa, why not. Work from a hill top café, hell yeah. Earlier I found myself using my leaves to visit my parents which meant that there was little scope for travelling outside of weekends and long weekends. With a remote setup, I was able to spend time at my parents’ while working thus sparing the leaves for actual travel.

But as you would expect, not everything is a bed of roses. While for me it works to not have lot of people around while working, not everyone is wired the same way. The chit chat at coffee machine or that occasional smoke break is an important social element of work life. With the social element missing, the random conversations go away and so does the office banter that adds fun to work.

Speaking with a few other friends who work remotely, I realised that some of them also had the feeling of being left out, thus creating trust issues. A certain degree of understanding and trust is needed among colleagues in a remote setup to ensure seamless work processes and minimal conflicts. For me, the transition was much smoother because my colleagues were my friends long before I started working with them, thus the required trust was there already, but for most people, the trust building exercise in a remote setup has to happen over calls and mails rather than at the office coffee machine.

Such a setup may also give people the impression that their work is too transactional in nature with a tendency to focus much on the tasks and too little on relationships. Further catalysing the feeling is the fact that the feedback that people get about their performance is also muted. There are no cheers from three desks away on landing a big client here.

The relationships, as mentioned earlier, are very significant in maintaining a healthy work environment. Often colleagues find comfort in venting out about their pain points to each other, and more often than not, a resolution, or at least an understanding is found, making things breezy again. As an extension, a remote setup makes resolving conflicts much tougher than in an environment where people are sitting under the same roof.

Another challenge that people often face is the inability to disconnect while working remotely. People who aren’t the best with maintaining their schedules and timelines at least have the office schedules to keep them on track. However, as soon as you remove the office element, they find themselves all over the place, working round the clock. Of course, another minor element also plays out with society. From parents to friends, people are still wrapping their heads around working from home and would often pose weird questions. Small barrier to cross but one present nevertheless.

Depending on your personal characteristics, many of these elements may play either way for you. While making a choice, you need to consciously weigh yourself against these and determine whether you are capable of accepting these changes if moving to a remote working lifestyle.

Our lives have forever been centred around work. From living on the edge of a large field to finding a 2BHK on the edge of the business hub, we have built our lives around where we earn our livelihood. Cities, old or new, have developed around places where people can find work. Whether we talk about cities like Mumbai in India which, with its docks and coastline provided livelihood to traders and fishermen, or the more recent developments like Gurgaon and Manesar that lured people with fancy offices and giant factories, workplaces control multiple factors including population density, infrastructure development and real estate prices. New jobs lead to new homes which lead to new hangout spots and neighbourhood shops and this cycle continues.

However, soon after the early, golden days of development, follows a phase where the roads that were once as smooth as the tyres on state transport buses are full of potholes, the cheap apartment in the outskirts isn’t as cheap anymore, the breezy parks are replaced with JCBs digging the foundation for a new housing complex and the 20 minute drive to office has turned into an hour long blood pressure catalyst. The same story repeats itself with every new business hub that comes up and the city centres now have turned into horror show of real estate prices. The population densities vary by a factor of thousands from city centres of metro cities to Tier 2 and Tier 3 cities. And yet the shift keeps happening towards the Tier 1 cities further catalysing these challenges. That can’t be right.

If you have been following the narrative around driverless cars, you would realise that they provide the answer to lot of these challenges. They will streamline the movement around cities thus decentralising them. Because it would be possible for people to travel longer without actually wasting their time behind a steering wheel honking at the next person, there would be less incentive to live right in the city centre to minimise the commute. This way, to some degree, people will be able to move out from the chaos centres and have a better standard of living at the same cost. As that happens, the other developments, like infrastructure and markets, that follow population (or rather population with money to spend) will also spread out.

This certainly is a rosy picture of the world. Except driverless cars are still very far away and these transitions will follow further down the line. However, a much simpler and significantly cost effective way is, and has long been, right here in the form of remote working. It is greener, more efficient, and doesn’t further strain the already crumbling infrastructure in Tier 1 cities.

While the personal arguments around remote working may tilt either way, the social argument certainly goes in its favour.

A year of protests. What they see becomes more important...