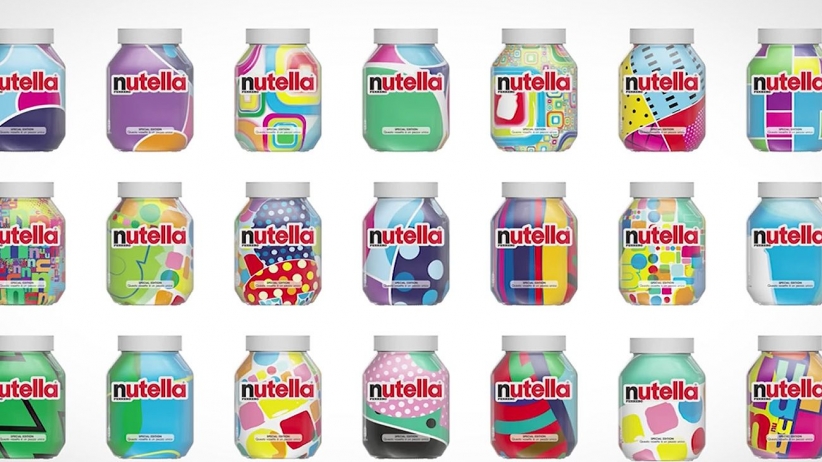 Before you put an eye on it, the seven million “uniquely” designed jars are already sold out in a month, said the advertising agency Ogilvy & Mather Italia, that worked with Nutella’s manufacturing company, Ferrero, on the project, Nutella Unica, targeting the Italian supermarkets where the jars were sold.

Interestingly, here the humans have been put to rest, and the algorithms have been picked to redesign the jars. And no guesses there, it worked. As much as it surprises you and me, it’s no surprise that robots are making their presence count at a rapid pace.

Look at what virtual assistants are planning to do with, in your life, and in the coming times which are nearer, on a speculative note, they will be your friends, best friends or maybe bae. Yesterday, Apple event, WWDC happened, and the major focus was on the Siri, another assistant. And for a while, Amazon Alexa is all the noise you hear about these days. Here in India, niki.ai is doing the needful amongst many other players, and has already secured a couple of investment rounds.

Back to Nutella Unica, the algorithms were decoded from a database of dozens of patterns and thousands of colour combinations to develop graphic creatives as unique as expressive, and this all had happened for seven million Nutella’s packages. The advertising agency describes, each Nutella Unica jar was like a piece of art, had its own unique code so it can be authenticated by collectors.

The partnership surely worked out well as the figures speak, to add to it, an online and television advertising campaign around the packaging design was also manufactured by the advertising agency taking the average reach to 3,00,000. Of course, that made the jars count in the market space and Italians loved it that they created 10,000 videos too.

“We think Nutella can be as special and expressive as every single one of its customers,” said Ogilvy & Mather.

“With this objective, Nutella Unica was born – the first limited-edition made by seven million different jars. Dozens of patterns, thousands of colour combinations, one special algorithm.”

The campaign was all creative just like how it all nurtured and paid well having the edition limited, and 7 million jars are no less to think of the algorithms yet again to bring out more colour patterns quickly and can take the piece of art forward.

We are already bombarded with the bots, that help us from booking an Uber cab to alarming us about our schedule, and even tell us the better deals without eating away our brains, and this is all just for starters, thanks to Internet of Everything (call it Things).

Even now Apple Pay will make you sure that if someone says, you owe me $20 in Messages, the keyboard will auto-offer up an Apple Pay button and it will prepare your payment. I wonder what if someone says, you owe me $2000, and it prepares the payment, well, consequences could be disheartening, my friend. Jokes apart, that’s where the future lies, and all I hope, you don’t owe someone $2000.

Automation is taking its giant steps slowly and steadily, which puts several jobs at risk and people are worried about it too while fostering their skills as quick as possible but to the other argument, AI versus Humans Jobs could be a futile talk as well, here’s why!

We have no idea how it is all going to settle down for which we have already started connecting this to that, but for now, algorithms have given a loud clear message that they can do well, and products just didn’t sell but were sold out too.

All you need to do now is PAY for using...