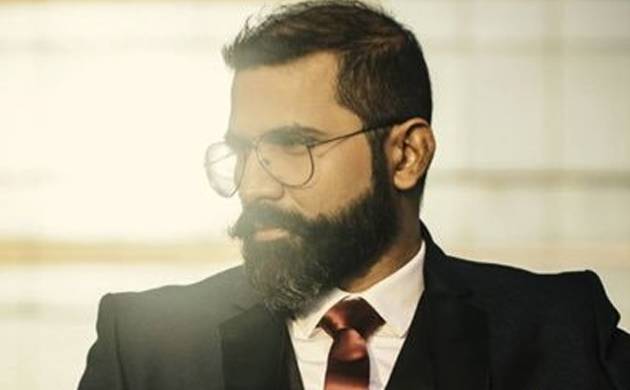 Feminism is a beautiful concept that should be widespread letting everyone be a feminist. It is the era of women empowerment so much so that empowering women in this men-dominating-world, fighting for the equal rights, fills everyone with immense pride. A quote that’s thrown often that men are the breadearners and women are the homemakers, makes most of us ponder and fight it, I won’t say everyone here because if everyone is pondering and fighting it, I wouldn’t have written that quote here.

For an instance, there are countries where mothers cannot pass their citizenship to their children, only fathers can! There is an invisible workload on women that drags down their productivity on the daily basis and most of us don’t even bother to notice. Melinda Gates mentioned that around the world women spend more time on unpaid work; on an average 4.5 hours while men spend less than half of that time. Whereas in India, women spend 6 hours while men spend less than an hour. The scenario is more than discouraging.

Then, there is an invisible workload on men that often goes unnoticed. For example, men bear the burden when it turns out forceful being called the primary breadearner in the family and handle a major part of house finances. Look around and you cannot deny that. And there’s a lot more to it.

This all makes me sad, so will it make everyone. Gender Equality is a need. Feminism is the driving force.

Definitely, there is an indifference towards efforts of women, and the society asks for the change, for a better living rather a happy one, not asking much, at least an equal living for one and all. The society has a lot of issues. The society is filled with hypocritical rules. Most of us are fighting the taboos, and want to see them bury at the earliest. Undoubtedly, we are heading towards a progressive society. Here I take a pause, no, WE ARE NOT!

When the issue is taken up as an opportunity, it kills the sense and authenticity of the issue. Please hear me. We see a divergence and start beating around the bush. This so happens every single time, and that is what happened in the very recent case of sexual harassment in which Arunabh, TVF’s founder and CEO has been accused by 9 ladies following the post on Medium that went viral on social media.

The way we reacted to the whole issue is actually not thought-provoking but saddening. Actually disheartening. We exaggerated it to that extreme level where Nidhi Bisht, very much known for her work at TVF and will be seen in the TVF’s next series Bisht, Please, was referred as a pimp by a woman. It is not just one case, Arunabh was called out a creep not because of the allegations but for his face.

Before you start pointing the fingers at me that here I am defending Arunabh and TVF, no, I AM NOT. If Arunabh has done that, he should be put on the trial and all the legal procedures should be followed against him. If Naveen Kasturia has said that to the lady, he should be discarded completely. But who are we to pass the judgements rather making a mockery of the entire case? Why do we always forget the ‘if’? From questioning Media trial to delivering Social Media trial, what have we gained out of all this?

Why do we always need to shout? Can’t we put our opinions or words on a lighter note, rather say on a normal note? Why do I even need to use “lighter” here instead of “normal”? Do you know why? Because we have completely lost it. Yes, we have lost it!

We have lost our basic senses of maturity. We have forgotten our ways to deal with issues rather very much serious issues. We are living in a time where we have to put our argument for the perception of influence versus actual influence. We rant a lot about the perseverance but none of it, we show up. We have certainly lost our patience rather we have fostered our aggression.

Remember the last time when the bullets were fired against Tanmay Bhat for his Snapchat video when we were quite angry and our reactions were actually miserable. Have you ever bothered why it happens every single time that we went on to discuss the reactions more than the issue?

Pray that Medium post by Indian Fowler doesn’t turn out fake, pray that all those accusations put against Arunabh and TVF’s work culture get proven right, pray that Nidhi Bisht, Biswapati Sarkar, Naveen Kasturia, Amit Golani and everyone else working at TVF end up apologising, otherwise as much as he has been accused of sexual harassment, we all will be accused of mental harassment.

Remember the article published on Buzzfeed last year titled as “We All Killed Qandeel”. Recollecting and recalling it again won’t harm you anyway. Don’t let the “schadenfreude” exist anywhere in real in this not-so-sensical world. Don’t let the abusing in the name of mocking or what you say trolling be a phenomenon. Don’t let the serious issue be a tremendous opportunity. Hope justice be served sooner to whichever side it favours.

And no, we don’t need 34 more women to prove those allegations, rather we need those 34 more women only because we have exaggerated the issue so much, so much that it has lost its sense and seriousness. It takes one woman to wake up the world and show it the mirror of reality, Malala Yousafzai, and I am, personally, an admirer of Indra Nooyi.

On an ending note, please learn, feminism is not about to scare but to empower. Wish you would have empowered the voices raised by those brave women.

Thank you for reading this, leaving below a screenshot, hope you take some minutes out of your busy schedule to think about the same, rest I leave up to you. At the end, that’s just my personal opinion.

Why Should Toxic People Be Left Apart With An Immediate...