﻿ Ayush Garg Don’t Panic, We Will Burst Crackers On The New Year Too December 31, 2016 https://www.nakedtruth.in/wp-content/uploads/2016/12/Dont-Panic-Crackers.jpg 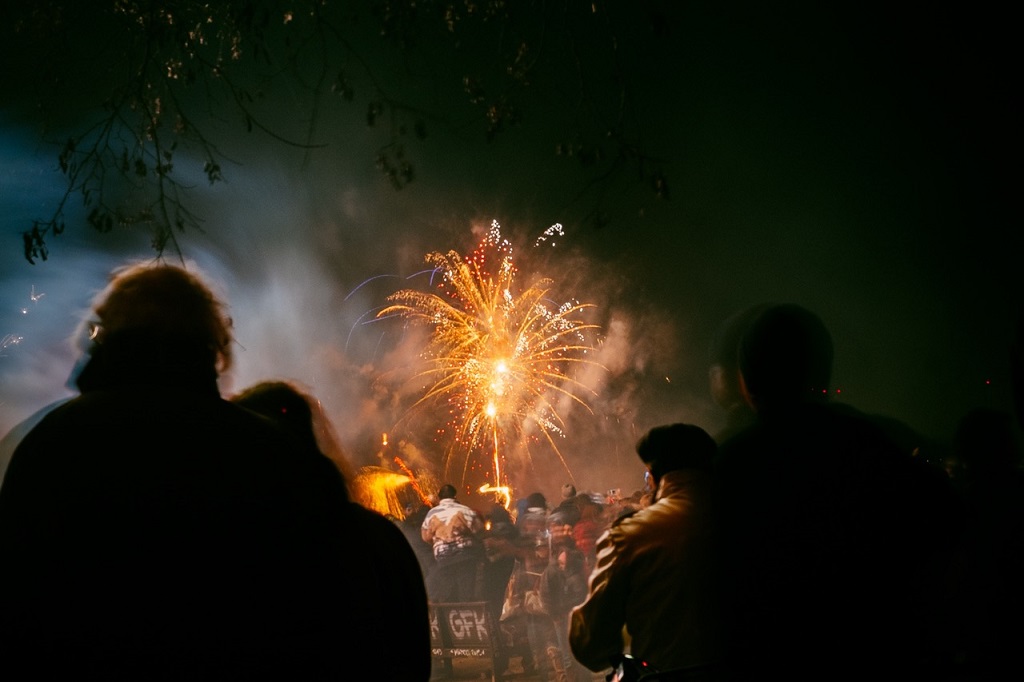 Don’t Panic, We Will Burst Crackers On The New Year Too

Let’s do this. The time is around the corner when we’re about to confer that we’re heading towards another year, and the 31st night probably be one of the happiest nights of the year. During this season, there is a stimulating wave of happiness among the people and has always grown with every passing year, and the crackers are one of the signs of celebration.

It has been 2 months since Diwali when we made a lot of noise more than crackers against the use of crackers. Crackers are no good thing. Climate Change. Global Warming. Unhealthy Environment. Neither of them does any good to us. Or do they? Of course, not.

How people have promoted crackers left us abashed, for the sake of proving that one such Diwali celebration does nothing wrong to the environment unlike all that cars, air conditioners and many more alike do to us every day. The lame arguments rid us of any chances of guilt of causing harm to anyone, and well, before anyone else, it’s to us and our families. But we don’t realise, nor we want to.

It’s known that it’s been a coincidence that smog appeared just after Diwali, stubble is one of the core reasons for this smog which appeared in Pakistan too where Diwali is not being celebrated but crackers were the added ingredient to it. While such reports were making a shoutout, Climate Change, being one of the serious concerns of the world today that received its share of word in the Oscar speech of Leonardo DiCaprio too, has been completely forgotten.

The world is already fighting the deforestation (take Amazon rainforest), Polar sea ice equivalent to the size of India has already disappeared, sea ice in the Arctic and Antarctica is at record lows, the biggest glacier in the East Antarctica is melting, et al, and if climate change continues unchecked, in the next 30 years, the world will crave for more coffee than it can produce, which actually means the global coffee production has come under threat. And if you still don’t feel cold though you might have goosebumps for now, give a due credit to the climate change because it’s hot, it’s warm all over. And better wait for the summers!

The sad state is many aren’t even aware of what’s this climate change about. Let me tell you clearly it’s the pathway to the deathbed and extinction of life. According to the Pew Research, less than half (48%) of all American adults believe that the Earth is warming mostly due to the human activity. This is just a glimpse of the level of awareness among the people. Let’s not discuss self-improvement because that’s more boring issue than awareness.

During Diwali in India, the particulate matter — PM 2.5 and PM 10 — pollutants reached levels at least 15 times above the safe limits throughout the capital. The Delhi Pollution Control Committee reported that air quality in places of Delhi like RK Puram was 42 times worse than what can be called safe.

Last month, in one of the handful moves taken by the Supreme Court, it called for the complete ban on the Chinese fireworks in the country. Low-cost highly unstable Chinese fireworks that have high turnover in the markets of India contain potassium chlorate, which can explode with just a sharp jolt. They have toxic elements, cause skin diseases and trigger allergies resulting into an unhealthy environment where even a breath seems a forced pull.

If you’re now trying to find your share of happiness in the Indian fireworks, they are not any better or doing any good to us but in comparison to them, reportedly, Indian fireworks use potassium and sodium nitrates, which are more inert and, therefore, safer. Prolonged exposure can lead to bronchitis, and affect the kidneys and the nervous system.

Of all this worrisome stuff, we’re neither serious nor have any discussions about it. Neither there is a sign of concern towards climate change nor there is any strict step towards a change in our lifestyle which can turn the impact lesser. Who’s losing? Of course, we, the people. Who’s realising? Depends on the favours and suddenly every lame argument will appear.

All the measures and pledges will find their places in the graveyard where the issues like Climate Change will again be buried for the sake of celebrations of one day when pollution is already like the daily meal in our lives. Because crackers are the blessings in disguise, so why not add some differentiation factor to the pollution because cars alone might feel boring all the time.

It’s the baffling state that only a few people will sit back and realise, and rest will fight and Crackers will be burst time and again because the New Year happens once in a year, and then, sentiments every single day. And the world will witness this everywhere on this bright shiny 31st night when the fireworks will appear engrossing to us leaving smokes in the sky, turning the surroundings a gas station.

Please let’s not do this. The goodness will cheer up for you.