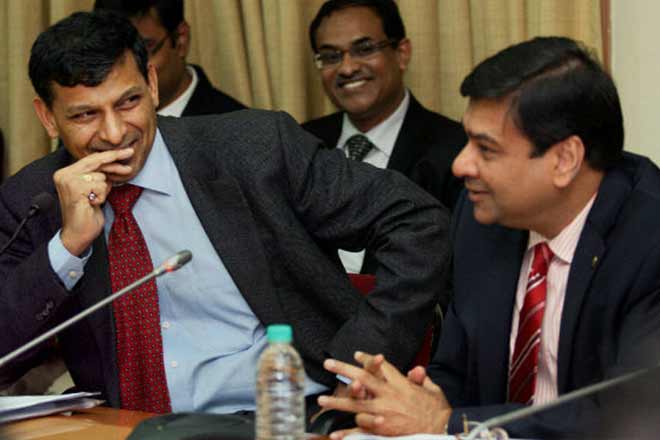 Carrying the legacy of a dynamic RBI Governor!

The demon of Non-Performing Assets (NPAs) is hovering over Indian banking system and the Indian economy has the challenge of controlling rising inflation. PSUs need to reform their policies and approach to be in sync with private banks to survive in the competitive banking world. According to the data collected by Kotak Institutional Equities, the June quarter numbers reflect a weakening banking system. Earnings have declined 26% Year-over-Year and impaired loans increased to 10.4% while Non-Performing Loans have risen 50 bps to 7.5% Quarter on Quarter.

Thus, as Urjit Patel takes over the gigantic task of being the Governor of RBI from Raghuram Rajan, the path is full of challenges. Before Rajan took over, D. Subbarao had ignored poor debt but, Rajan made it his resolve to clear it. The path has been set by Rajan, and Patel has to take it to the conclusive end. Clearing up the NPA mess and reforming PSU banks are the two major tasks for Patel.

Mr. Patel has worked closely with Mr. Rajan, who is confident about his successor’s ability to stand up to the challenge. March 2017 is the deadline Rajan set to clean up the balance sheet of banks and all eyes will be on Patel to gauge his ability to meet it.

Rajan always believed in transparency so he forced banks to list NPLs and recognise them. He set a path and cleared the way for a painless future and instilled confidence that the banking system will be relieved from NPAs and NPLs. Bad debt pile is as huge as $119 billion. A systematic and concerted effort is a must to clear up this mess but, Patel just like Rajan will face resistance from public sector lenders.

Also, Rajan was keen on reforming the work culture at RBI so insiders are eager to know if Patel would like to continue Rajan’s agenda. Investors, banks, business community, and world economists are all ears to the remarks of central bank governors as they set the mood and the tone (high or low) in the market by communicating the monetary strategy. Patel is known to be media shy so we never know if at all he would speak his mind, rather he may be careful in voicing his opinions.

While taking monetary policy decisions, RBI considered multiple indicators. Interest rates took into account various factors like banking stability, inflation, growth, employment with a focus on the stable exchange rate. So RBI set up an Expert Committee under the leadership of Urjit Patel, which submitted a report in January 2014. Patel revised the framework of monetary policy. He suggested that this multiple indicator approaches should be replaced by keeping inflation target as the prime focus and objective of monetary policy. Setting up of Monetary Policy Committee (MPC) was also recommended.

With this background, we can be assured that our new Governor is the right person to carry the baton from Raghuram Rajan. Though some worry that Rajan wasn’t called to continue another term and he surely deserved it to prove his ability, Rajan is confident that Urjit Patel will ably guide Monetary Policy Committee to achieve inflation objectives. This confidence comes from the fact that both of them have worked closely for past three years over the monetary policy.

With a new set of Governors taking charge of our monetary system they seem to be learning lessons from mistakes made by past Governors. Each person who takes up this role has a massive contribution in a country’s economic growth and the path has already been set by Raghuram Rajan. His ambition and direction will be forwarded by more visionaries and Urjit Patel is one of them.

Electoral Reform In India Is, In Fact, The Need Of...