﻿ Vivek Kapadia Electoral Reform In India Is, In Fact, The Need Of The Hour September 3, 2016 https://www.nakedtruth.in/wp-content/uploads/2016/09/Electoral-Reforms.jpg 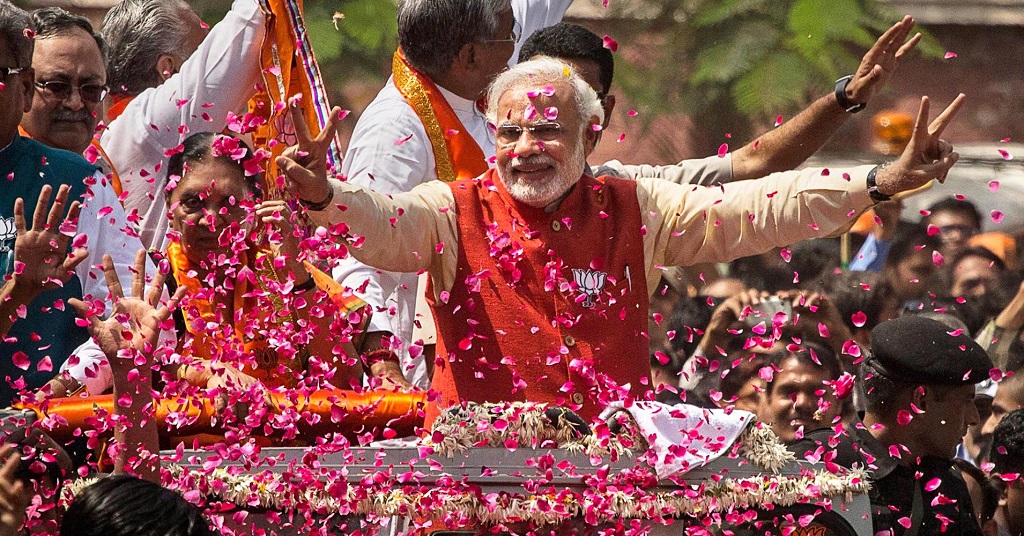 Electoral Reform In India Is, In Fact, The Need Of The Hour

We all know, the next elections lined up in a row are the Punjab, Uttar Pradesh, Goa, and Gujarat state elections!

India considered one of the largest democracies, has always attracted detractors who have predicted country’s failure due to its huge size and population making it one of the most complex democracies. Being a democratic country, you do have national and state elections which determine the national and state governments administrate from the Centre and their respective states.

In a recent interview with news channel Times Now, Prime Minister Narendra Modi has said that ending the perpetual election cycle in the country is an important component of electoral reforms but it can only be through a broad consensus.

“Electoral reforms are necessary if the country has to be rid of black money. It is one of the areas for electoral reforms. I believe the Prime Minister cannot take a decision on this, nor should he do that. There should be a broad discussion,” said Modi.

Prime Minister Narendra Modi has said that electoral reforms are necessary if the country is to be rid of black money. He said in the interview that there are several politicians across party lines who feel that parliamentary and assembly elections should be held together.

“This issue has also been discussed in a parliamentary committee. This work has also been started by the Election Commission. This issue of elections is also connected to the black money,” he added.

Modi said there should also be a debate on how costs can be reduced by holding simultaneous elections, how the influence of black money can be curbed and how five years can be spent in taking the country forward.

The Law Commission of India too has been very vocal about the electoral reforms, and in March 2015 submitted a report titled Electoral Reforms making significant recommendations and changes required in today’s Indian election scenario.

The report talks about the financing of the election and how election expenditure and opacity of political contribution is the need of the hour. It makes extensive and detailed recommendations, maintaining that disclosure is at the heart of public supervision of political finance and requires strict implementation of the provisions of the RPA, the IT Act, the Company Act, and the ECI transparency guidelines.

The report states that there has been an under-reporting of finances during the election which has led to a lot of black money laundering during the electoral campaigns and transparency guidelines need to be put in place to curb the same.

Another chapter in the report throws light on the Paid News and Political Advertising!

The report details several instances which highlight how paid news and disguised political advertisements are growing at rapid rates and are now part of the election process on a regular basis. The amount of money being spent on these practices has reached unfathomable heights. The unethical practices of paid news and disguised political advertising have reached the alarming level not just in a few cases of national media, but also in the regional media.

The third major issue that the report highlights is titled as Regulation of Political Parties and Inner Party Democracy.

The opening sentence of the recommendations in this regard reads, “Introducing internal democracy and transparency within political parties is important to promote financial and electoral accountability, reduce corruption, and improve democratic functioning of the country as a whole.”

With these recommendations and the Prime Minister of India calling for simultaneous elections, one must think that it would be easy for the country to pass the law to have them from the next election cycle. But, that is not the case.

A lot of regional and state parties have opposed the move in the fear that having simultaneous elections will give them less leverage in the political race and might fizzle out trying to match the might and spending power of the national parties.

Having simultaneous elections not only makes sense but it also helps in creating a stable government which can have a central plan to run the country for the next five years without any distractions or other political motives to adhere to. When we also include the local body elections, there is no year which has elections absent throughout the government’s five-year government cycle. This vicious circle of continuous elections needs to be broken. It affects stability and without it, there can neither be economic development nor a satisfactory law and order situation.

What is more, efficient governance is the first casualty when winning elections is the first priority of all politicians and understandably so. As a result, running an administration and attending to people’s grievances take a back-seat and the bureaucracy rules the roost. Punjab, Uttar Pradesh, Goa and then Gujarat, the following states will have their state elections in the coming months and nearly half a dozen parties are vying to get their representatives to get the win these states and get to the power which has led to a number of disputes during the functioning of the government in the state.

And during the elections, the state comes under the moral code of conduct where the political parties running for the election have certain rules to respect to which slows the pace of economic development in the state. If all elections are held in one particular year or at a particular time, it will give a clear five years from the central government to the political parties to focus on good and stable governance.