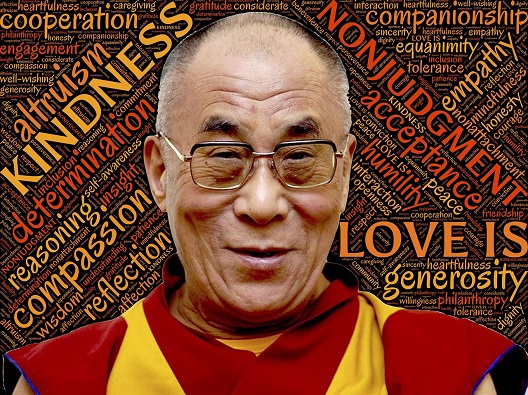 The world knows of the problems that have lasted between China and the Dalai Lama since 1950s. The Dalai Lama, born as Tenzin Gyatso, is a religious leader of Tibetan Buddhists. He was chosen as the 14th Dalai Lama at the age of 15, in 1950. This was the same year that Chinese troops occupied Tibet.

Popular opinion in China reputes Dalai Lama as a notorious traitor and a criminal considering him a dangerous separatist. The feud between the two started in 1959.

With the Tibet rebellion on the rise, the Dalai Lama decided to escape to India. Considering India’s good relations with Tibet, India too was welcoming of the Dalai Lama and other Tibetan Refugees. A move that didn’t quite appeal to the Chinese and also caused the problem between India and China eventually leading to a war between the two countries.

Since his exile to India, Dalai Lama has been actively involved in trying to promote the idea of self-rule in Tibet. He is a highly respected and revered global personality with followers and admirers from different countries, faiths, and regions. He was also awarded the Nobel Prize for Peace in 1989. Many popular Hollywood stars have been drawn to him in the past. Which is why the recent meeting between, the singing sensation, Lady Gaga, and the Dalai Lama did not come as a surprise to anyone.

However, what did shock people was the reaction of China towards this meeting. The American pop star who is credited with having sold more than 27 million albums worldwide, met the Tibetan leader to discuss subjects like meditation, mental health, and detoxification of humanity.

A mere social meeting between the two created a furor in China. China not only attacked the Dalai Lama, calling him a “wolf in a monk’s robe”, but also took a rather extreme and aggressive step towards Lady Gaga.

Reportedly, Chinese media and other websites were ordered to stop uploading and distributing her songs. Not only this, orders were also issued for the party-controlled news outlets and newspapers like the People’s Daily, among others, to condemn the meeting.

Earlier, Obama’s meeting with the Dalai Lama didn’t go well with the China. China’s foreign ministry said earlier it had lodged diplomatic representations with the US over the planned meeting, saying it would damage Chinese-US ties.

China is known to be an aggressive nation. The ongoing row on the South China Sea is a true reflection of China’s recklessness. But stooping to such lows, measuring someone’s art and social rapport with politics is not only unnecessary and avoidable but also petty and immature. Especially for a nation that claims to be the next big thing, the world has to see.

Perhaps, it’s the time China met the Dalai Lama and took a lesson on composure, tranquility, and poise from the leader himself.

Now that wouldn’t be such a bad idea for China.

And They Sell A Flower On Streets Crying Their Hearts...