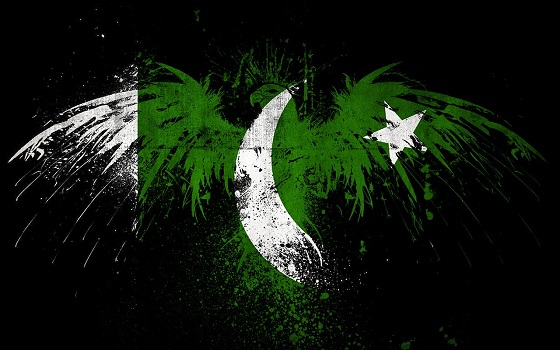 As per reports, Pakistan is said to be the world’s fastest growing Muslim economy. We, in India, known for our benevolence and our integrity, too are aware of this. As we are also aware that Pakistan Index may become reclassified to emerging markets status, effective May 2017. Also, that the IMF expects our neighbour’s GDP to touch 4.7 percent this year.

Here, let us pause to look at Pakistan, in totality, as on date. Its population is 19,27,44,545. This is, again reportedly, equivalent to 2.57 percent of the total world population and 38.6 percent of this belongs to urban background.

In 1955, these figures stood at 4,04,27,072 and this was equal to 1.6 percent of the total world population. In 2016, Pakistan is at the number six in the world as per population figures and its population density is 250 per square kilometre. And, all this is enclosed in a land area of 770,998 square kilometres.

As per IMF rankings, Pakistan, currently, is the world’s 40th largest economy when considering the Gross Domestic Product (GDP) levels. And, just for the record, the GDP stood at $270 billion in July 2015.

Then again, as per the GDP Purchasing Power Parity (PPP) ranking, Pakistan is at the 24th spot as per the World Bank 2014 report. In actuality, it is ahead of countries like Ireland, Bangladesh, Greece, New Zealand, Iraq, Qatar, Vietnam, and Kuwait.

However, it lags behind Muslim nations such as Turkey, Indonesia, Saudi Arabia, Iran, UAE, Malaysia, and Egypt.

It is also no hidden information that China does partner up with Pakistan for the many good ventures. After all, there’s an example of the $46 billion China-Pakistan Economic Corridor (CPEC).

This partnership, which includes highways, railways, oil and gas pipelines, is all coming up with aid and abetment from Chinese companies. This corridor, in actuality, involves 51 projects to be seen through in fifteen years.

It is also no secret that China is keen on making Pakistan a highway of sorts for linkages with energy manufacturers in the gulf and mid-east. With no doubt, Pakistan is full of resources, and developing it to emerge as a power to stand at the global front while ISI, Inter-Services Intelligence, plays a crucial role from the back end.

Pakistan, no doubt, has attained milestones. And, is all set to achieve many more with an enormous support of China and fund favours from different countries including the US.

As have India, and its citizens are all ready to build the nation with a rapid growing statistics and contribute to the Indian economy too, for better times seeing Pakistan as its rival when time and again, take an example of NSG, Pakistan hasn’t favoured India in and for its good times but opposed several times.

But, as sharing the bond of neighbours, we two countries should sit at the table and wish the best for both sides, while on hindsight and in keeping with events in the last few days – India lost eight CRPF personnel to terrorists.

This draws an ambiguity to ponder is this at all possible?

How British Affected Indians Dying Due To Droughts And Famines...