﻿ Jay Bhargav Pakistan Vs Terrorism: A Rise Of The Prevailing War April 16, 2016 https://www.nakedtruth.in/wp-content/uploads/2016/04/Taliban1.jpg 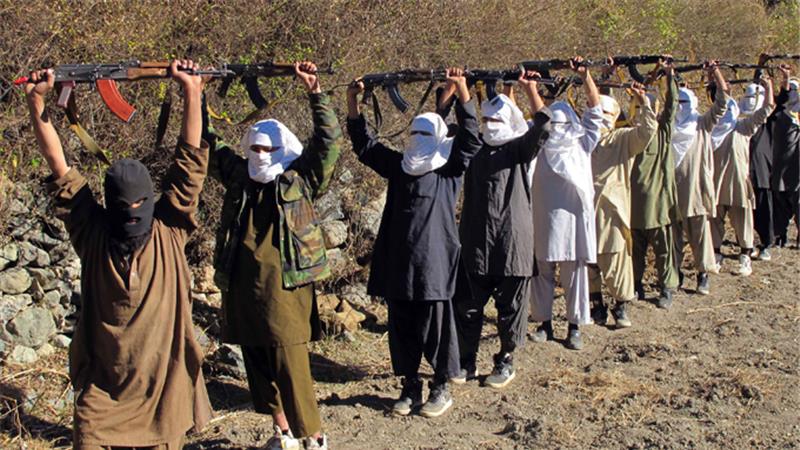 Our neighbour Pakistan, who most of us Indians consider incapacitated when it comes to tackle terrorism being bred right under their nose, might not exactly be the culprit as the world perceives it to be. Maybe it has been naïve and docile when it comes to standing up against terrorism in the past and the same has victimized it time and again, but aggression and resent for Taliban in them seems as strong as it is in the rest of the world.

We are well aware of the control of the insurgent terrorist organizations hold in the countries, especially when it comes to the hexed Pakistan and Afghanistan. India has faced first-hand calamities cause of which the terrorists are hiding in shelters in these regions.

But at the same time, it is also equitable for us to know the efforts that are being taken on behalf of the Nawaz Sharif (Prime Minister of Pakistan) government to eradicate terrorism from Pakistani soil.

The hottest area in Pakistan for terrorist related activities lays in the North-West of the country, along the Afghanistan-Pakistan Border. Terrorist organizations operating out of these regions are Al-Qaeda, the Islamic State of Iraq and the Levant, the Islamic Movement of Uzbekistan and the most prominent one is Tehrik-e-Taliban Pakistan. Not to be confused with the Afghan Taliban; which restricts itself to opposing the Afghan anti-terrorism forces and international supporters of the state.

Post the attack on Jinnah International Airport in Karachi, Pakistan thankfully realized the need to involve military and perish terrorism. This resulted in the birth of Operation Zarb-e-Azb which is a joint military initiative against the tyranny of militant groups. The operation had empowered 30,000 Pakistani soldiers to fight and throw out local and foreign terrorist organizations hiding in the North East regions of the country.

As retaliation to the same, the gruesome massacre at the Army Public School in Peshawar happened. It seemed every step forward takes two steps backward.

In the past couple of years, Pakistan has suffered grave wounds at the hands of terrorism, the Jinnah International Airport attack in 2014, Peshawar School Attack (Tehrik-e-Taliban’s attack claimed 141 lives of which 132 were children), the Easter Attack at Lahore (69 dead, while 400 others were left wounded).

Other than these acts, there have been plenty of other incidents which have taken the death toll through indiscriminate violence to a new level. These surprise attacks have done serious damage and there is more to come as terrorist organization Taliban stated their intentions to celebrate summer at the cost of innocent blood.

With no regard for life and too headstrong on personal agendas, the Taliban announced Spring Offensive. In fact, the pain and sufferings from Taliban are much devoted towards Afghanistan, how long would it take for Pakistan to understand their brutality and conspiracy behind such attacks? However, terrorist groups have left no crack to scar Pakistan as the seasons change.

In recent meets with Indian counterparts, the Pakistan officials have shared concerns and promised actions against terrorist organizations which have infiltrated their country and are aiming for ours. As we are in need of an uprising against these mislead malicious beings, so is Pakistan.

The Pakistani citizens have seen dangerous-difficult times; this nation has become the Ground Zero for terror and the frequent terror attacks in the country have seeped fear into them.

Pakistan pays a huge price for its weak government, its legacy with terrorism and inveterate corruption.

Water Is The New Oil. Take A Wake Up Call...