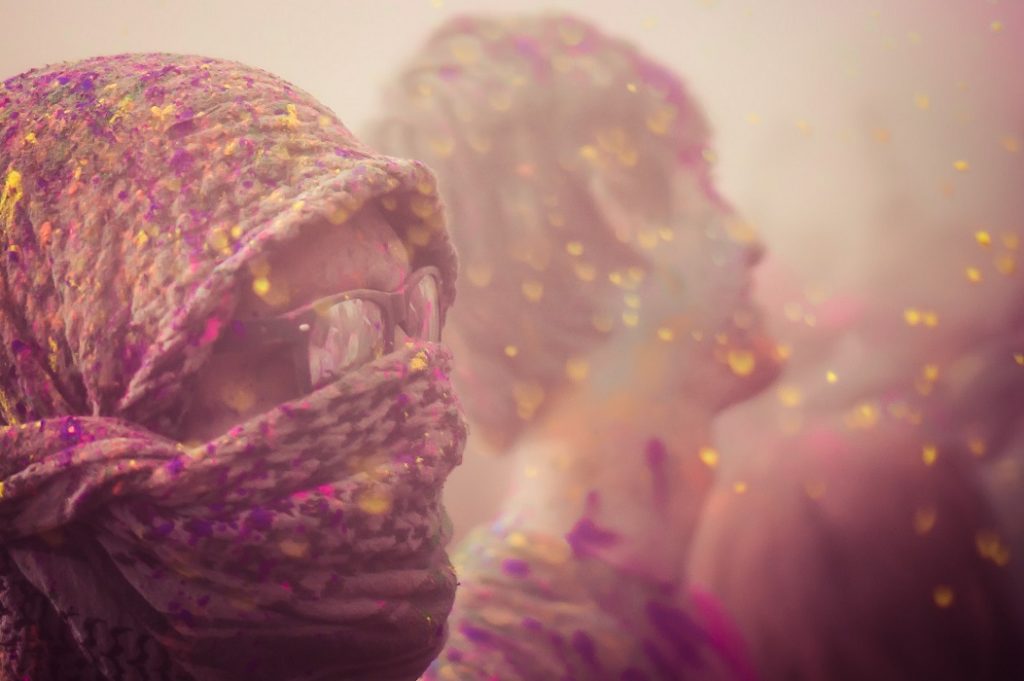 Holi: A Festival Of Colors Became An Opportunity For Goons

Holi as most of us know as the festival of colors is an ancient Hindu religious festival celebrated in the season of spring. It is one of the most widely celebrated festivals in India and is equally popular in Nepal consisting of a reasonable number of Hindu population. It is also celebrated in some South Asian countries and thanks to globalization and migration, the festival has been gaining popularity in parts of Europe and North America as well.

As per popular Hindu beliefs, it was the Hindu god, Krishna, one of the reincarnations of lord Vishnu and the king of the ancient city of Dwarka, who popularized the festival of Holi. Krishna in his childhood and adolescent years was known to be very mischievous. It is during this period that Holi originated as nothing but pranks played by a few adolescent boys of Gokul and Vrindavan.

It is said that Krishna and his friends would drench young village girls or ‘gopis’ in water and color. This playful act transpired through the ages into our country’s most loved festival. Today it is widely enjoyed by the masses all across the country.

I remember as a child, Holi used to be one of the most awaited festivals of the year. The combination of yummy gujiyas and the thought of playing with water in the face of emerging summers was a win-win for everybody.

It was also a good excuse to wear that one shirt that you hated but happened to be your mom’s favorite. You were happy to ruin it forever, knowing that the very next day you would get a new one as compensation for the clothes spoilt while playing Holi.

The day would start early by assembling at a common place and then doing the rounds of all the neighbours. Putting color on every face you saw, spraying water on one another’s heads and hitting each other with water balloons summed up the entire day.

As I grew a little older, I became wary of who I played Holi with. My parents warned me before we stepped out of the house that in the face of Holi, some people could get a chance to touch me inappropriately.

Post high school, Holi started two weeks prior to the actual day of the festival, which meant getting hit by water balloons in the middle of the road anytime and anywhere. There was nothing festive about this. It was usually a group of guys in a vehicle who would swish past us, with aims so precise they could all be Olympic medalists.

In one swift movement, the water balloons would land on our butts or breasts, depending on the direction of the vehicle.

Today, Holi is that time of the year when it is impossible to walk on the roads.

Each year numerous cases of drunken driving, feuds and fights, eve teasing and destruction to property are reported. In states like Uttar Pradesh, Bihar, Haryana and Delhi, most people, especially women are often scared to step out of their homes on the day of the festival.

People drive under the influence of Bhaang and alcohol resulting in road rage. In 2015, Delhi alone saw innumerable cases of drunken driving. In addition to this, sporadic incidents of brawl keep police on their toes throughout the day of the festival.

With excessive use of water during the festival, it is also a concern of environmental damage. There have been initiatives to bring awareness among the people about the ills that can come from celebrating a festival, but little has been achieved, the way it has been followed.

As a country, India is so vested in its culture and tradition that it’s sometimes difficult for people to look beyond the realms of culture and religion and learn how to accommodate and modify a celebration as per changing times.

Holi is a festival of colors, sharing love, and spreading happiness. It is a celebration of life.

Perhaps Holi was once a festival enjoyed by the mischievous Krishna, his friends, and the Gopis.

But over the years, it has been reduced to nothing but a festival of vandalism, eve-teasing and road rage.

Today, it is an opportunity than a festival for goons.

‘Dil Chahta Hai’ and the Dreams of the... Reel and Real

Loneliness has occurred, love too, in the pandemic Fiction

A Voice Against The Cruelty To Helpless Animals, The Daily...