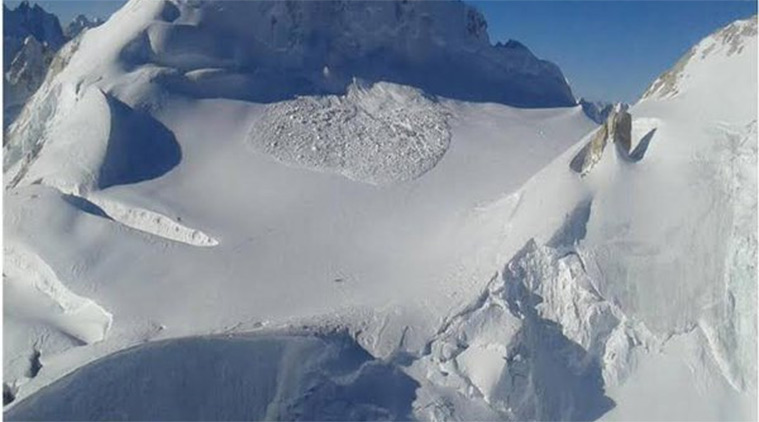 In a time when the government has been successful in providing only an unsatisfactory response to the demand for a ‘One Rank One Pension’ scheme to army personnel, the news of an avalanche hitting a high-altitude army post in the Siachen region of Jammu and Kashmir, is nothing short of a blizzard for the families of the brave martyrs.

Ten army men, including 9 Jawans and one Junior Commissioned Officer of the Madras Regiment were buried under an avalanche early in the morning of 3rd Feb 2016.

The avalanche that killed ten Indian soldiers was the result of rising winter temperatures, experts said.

As the rescue operations go on, with bleak chances of success, finding the bodies of these soldiers also seems like a tough task.

It is the times like these that result in unforeseen situations like the Pakistani army volunteering to help the Indian army in their rescue operations. While the Indian Army has turned down the offer from Pakistan to help in the rescue operation in Siachen as it stated that it is well equipped to handle the situation on its own.

Perhaps a posting in Siachen glacier does that to you. Braving the geographical conditions here is a bigger task at hand than having to face the enemy.

A chunk of ice, almost a kilometer in width and reported to be 600 meters high crashed on an Indian Army post located at 19,600 feet.

The army has deployed its best-trained men in the Siachen area, but they remain constrained in front of the geography of a glacier considered to be the highest battle ground in the world located at an altitude of almost 20,000 feet. It is one of the coldest regions with temperatures dropping down to sometimes -50 degrees.

Life in Siachen is as hard as it gets. These brave soldiers tussle through the inhuman living conditions with zeal. They have nothing but ice around. Contact with water is limited to drinking it. Taking a bath is a rarity and usually done once a month. Shaving and washing are plain suicide. Frostbites are a usual occurrence. A mere touch with a metal object with bare skin can prove to be fatal.

These soldiers also sometimes suffer from the life-threatening anatomy problems like HACO (High-Altitude Cerebral Oedema) and HAPO (High-Altitude Pulmonary Oedema) which is the accumulation of fluids in the brain and the lungs, due to high altitude and lack of oxygen.

Life hurdles range from sleep deprivation, nausea and depression to even the frustration of finding medicines and sun-block creams turned into ice in their bottles.

They are completely cut off from the world and their families with no cellular and internet connectivity. A satellite phone is normally allotted to each post, which is shared by all the men and is primarily used for intra-army purposes.

The Indian Army permits deployment of a soldier in Siachen for a maximum period of three months. In high-risk areas of the glacier such as Bana Post, this limit is of 30 days. The army unit deployed in the region is rotated after every six months.

Life here is as extreme as it can get in today’s time and age.

Isn’t it ironic for these men to lay their lives, fighting for the nation and honour of their country people, while getting meager allowances in comparison to the bureaucrats, guarding a border situated in an area incapable of habitation?

Such are the lives of some great men!