﻿ Neha Mohanty Taliban: A Defeated Cause Or A Rising Partner In The Global Militancy? February 1, 2016 https://www.nakedtruth.in/wp-content/uploads/2016/02/Taliban.jpg 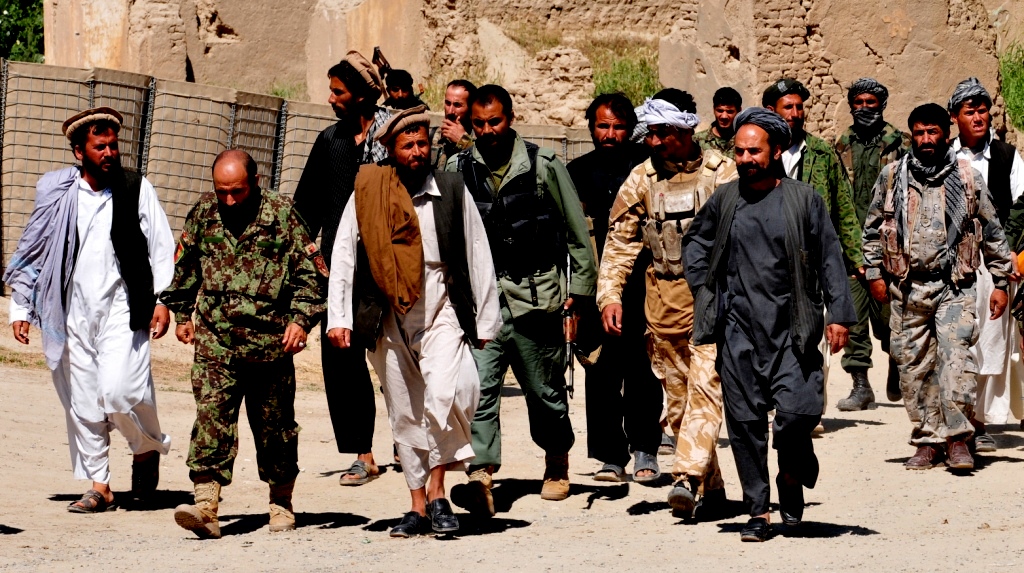 Taliban: A Defeated Cause Or A Rising Partner In The Global Militancy?

Militancy in the name of jihad and Islam is no more a new phenomenon. Newspapers of late have been replete with the activities of ISIS and their increasing presence not just in the Middle East but also on a global scale.

Over the years, we have been made familiar with a number of names of groups or organizations or movements related to the terrorism disguising themselves under the denomination of Islam. Let us travel back a few years and deliberate on one such name.

This name has been made synonymous with terror-related activities, atrocities, genocide and brazen and incessant violation of human rights. The militants associated with this politico-religious movement have become a symbol of terror.

Their attire consisting of salwar-kameez and turban is characteristic of the region and the guns are characteristic of the organization and its principles. Jihad is the group’s objective and the fundamentalist movement that has created havoc on a global level and is much dreaded is known as the Taliban.

If one peruses the history of Afghanistan, one will understand that the inception of Taliban and its continued existence was no fortuity. The origin of this movement can be traced back to the decade long Soviet-Afghan war and the resultant civil war in Afghanistan.

In a bipolar world with USA and USSR competing for world dominance, Afghanistan’s neighbor, the much powerful USSR became a major influence on the former’s politics. Afghanistan was at the receiving end of economic and military aid from Russia as early as 1919.

In 1978, Afghanistan’s government headed by Mohammad Daud Khan was overthrown in a coup led by Nur Mohammad Taraki. The communist government led by Taraki was an ardent supporter of the USSR and despite little support from the people, initiated a series of land and social reforms which was met with resentment from the largely anti-communist and Muslim population.

Several Islam-oriented insurgent groups comprising traditional Muslim Afghans collectively known as the mujahideen arose in opposition to the Taraki government. The opposition of any kind was brutally oppressed. This became the foundation of what would later become the Taliban.

By April 1979, there had been a lot of insurgencies in several parts of the country. The government was beginning to crumble owing to the repeated rebellions. The government sought the help of the Soviet government as a result of which as per Leonid Brezhnev, the Soviet premier’s orders, Soviet troops were sent to Afghanistan to bring the situation under control. However, the situation soon spiraled out of control and soon enough another coup was staged in which Taraki was killed. A puppet government was formed with rival Afghan socialist Babrak Karmal installed as its head. The Soviets had thus invaded Afghanistan.

The Soviet rule wasn’t commanded without problems. Afghan groups incessantly rebelled against the foreign presence and the military expenditure was proving to be too much for USSR. In 1987, Mikhail Gorbachev, the new reformist leader of USSR declared that the Soviets would be withdrawing their troops from Afghanistan, a process which ended in 1989. The withdrawal of Soviet troops created a power vacuum in Afghanistan which in turn gave an opportunity to various mujahideen groups to fight for regional hegemony.

During the 1980s, about 80,000 Afghans were trained by the Pakistan ISI in madarsas and were allegedly funded by the United States and Saudi Arabia to provide resistance against the Soviet-backed government.

In 1992, after the Soviet-backed government of Najibullah was toppled, a devastating civil war followed. The Taliban, headed by Mullah Omar marched from Maiwand and captured Kandahar in 1994. By the end of the year, they had established control over 12 provinces. By 1996, Kabul was under the control of the Taliban.

Between 1996 and 2001 was an era of oppressive and Sharia rule in Afghanistan. People had to live by a strict code of conduct and public torture and execution on flouting rules became ubiquitous. Women were required cover themselves completely with a burqa and were not allowed to go to schools. Their position in society had been relegated to the four walls of their house. Television, music and cinema were banned.

Post 9/11 attacks following the invasion of Afghanistan by the US, the Taliban was supposedly ‘defeated.’

However, the real question is: Has the Taliban really receded to inactivity? The anointment of former Taliban leaders in the ISIS says otherwise. If one looks closely at the activities of the Taliban, one will notice that behind the current huge facade of the ISIS, the Taliban’s resurgence has become a primary cause for concern.

The world concentrates on atrocities committed by the ISIS and Taliban. But what about their orchestrators? While there are a number of theories regarding the thriving of these groups, the involvement of countries like Saudi Arabia, the United States of America and Pakistan remains obvious.

Saudi Arabia is supposedly the world’s largest donor of funds to terrorist groups like Taliban, Al Qaeda, and the ISIS. It is no surprise that eminent historian Noam Chomsky has called the USA as a “Leading Terrorist State.” The role of Pakistan as a haven for terrorists cannot be stressed enough. The recent Taliban attacks on the Bacha Khan University show that the group though not as cohesive remain active with a stronghold in Afghanistan and Pakistan.

Now as the residents of a world embroiled in war and terror, can we really hope for the ‘elimination’ of these terrorist groups?

While one may wish to be optimistic, it is certainly futile to think of a world free of these elements as long as the hypocrisy of these terrorist funding nations exists.

These Maps And Charts Strike That Not A Single Country...