﻿ Anupam Varma “I Gave Up My Indian Passport To Become A Pakistani” January 24, 2016 https://www.nakedtruth.in/wp-content/uploads/2016/01/Passport-Story.jpg 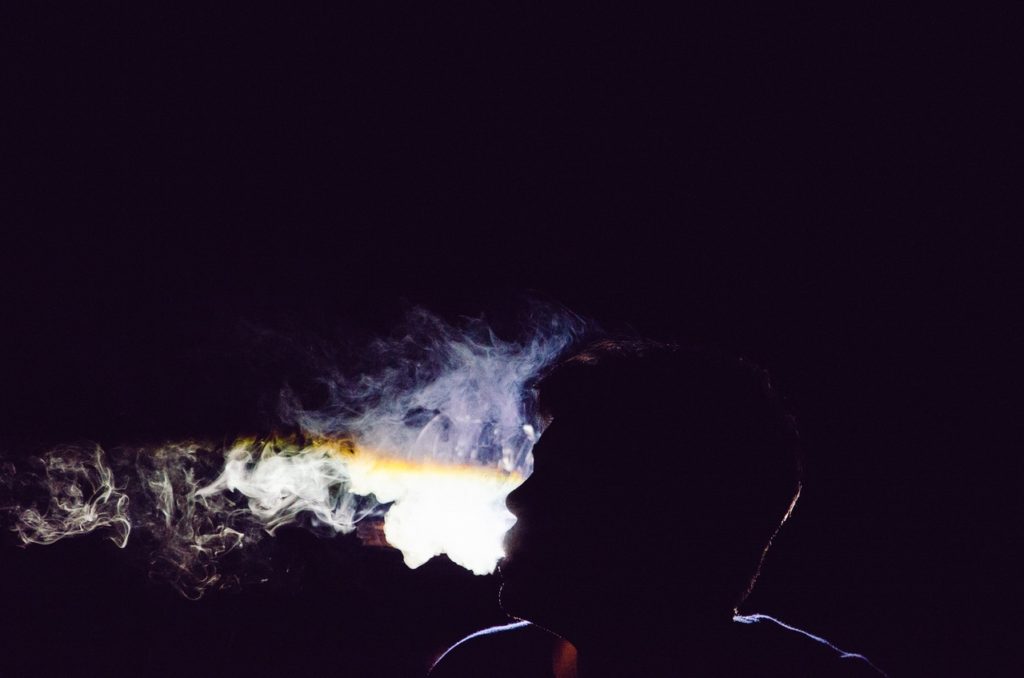 “I Gave Up My Indian Passport To Become A Pakistani”

When Pakistani singer Adnan Sami was granted Indian citizenship earlier this year, it was a little victory for all Indians here in Dubai.

They welcomed the talented singer and musician with open arms. Sami’s decision, according to them, perhaps meant India was a better place to live.

As I watched the news on TV and read comments on the Internet, I found out that every year a handful of Indians and Pakistanis apply to change their citizenship. Barely a few applications are approved. While I understood why Pakistani’s wanted to settle in India, I failed to comprehend the logic any Indian would have to give up his blue passport for a green one.

Until I met Nasweef. This is his story, in his own words.

I was born in Dubai to an Indian father and a Pakistani mother. My father was born and brought up in Mumbai in a conservative Muslim family. There was always enough to fulfil necessities, but never enough to quench desires.

My mother was born and brought up in Dubai. Her father was a rich Karachi businessman who manufactured oil refinery components. There was plenty of money. At a time when most Asians were living in cramped quarters with barely enough space to stretch their legs, my grandfather was living in a six-bedroom villa with three servants.

They met — as they would often tell me — by destiny.

My father had found work in my grandfather’s factory when he landed in Dubai to try his luck. He worked there for over 12 years and rose up the ranks. My grandfather liked him, but always kept him at an arm’s distance. He was from an ‘enemy state’, after all.

With years, my father’s proximity to my mother’s family grew, and my grandmother became fond of him, despite my grandfather’s clear displeasure. Barely three months after knowing my mother, my father proposed to her. He was sacked from the company the next morning and was given a week to leave the country. Yes, my grandfather had that kind of clout. So, my father flew back to Mumbai.

Meanwhile, my mother became a recluse. She hardly went out, and barely spoke to anyone. She would spend hours on phone in the bedroom.

“Who is my daughter’s sponsor?”, my grandfather angrily demanded.

That was the day my grandfather had sacked my father.

Doing his best to retain his composure, my grandfather asked for a copy of the marriage certificate submitted to change the visa. Without looking at it, he squeezed it into a ball and threw it in his bag.

That evening before he went home, he asked one of his servants to pack all his daughter’s belongings and keep them on the porch. By the time he reached home, she was gone. No one knew where.

After searching for over four months, everyone believed she had gone to Pakistan.

My father had returned from Mumbai and shifted into a small studio apartment on the outskirts of Dubai with my mother. They were face to face with a problem they hadn’t thought of before. While my mother was married to an Indian, she remained a Pakistani. This meant she could only get visit visas to India, not a permanent one.

There was another problem. A marriage certificate issued in UAE had to be attested by the Indian consulate to be valid in India. Attestation could only take place in the presence of the bride’s parents if they were alive. Since both my mother’s parents were alive according to government records, this meant my mother could not pay someone off to become her parents for the purpose of attestation.

My mother floated the idea of my father applying for Pakistani citizenship, but he quickly turned it down. The process was simpler, I am told. Several Indian farmers in Punjab and Rajasthan still owned farms in Pakistan. To make their daily to-and-fro trip easier, the government had issued them special permits. All my father had to do was get an agent to give him such a permit which showed he owned a farm in Pakistan. His application for citizenship would stand a better chance. This also meant paying a hefty fee to the agent, which my father couldn’t afford.

Out of all options, my parents started working in a small factory close to their house. Each year my parents would travel to India for a month and return before my mother’s visa expired.

This continued for four years, after which I was born. Soon after birth, my parents took me to the consulate and applied for my passport. My passport came in a month’s time. My mother, meanwhile, had been waiting for four years.

That year, my father flew to India alone.

On the day of his scheduled return, he called up my mother and said he had finally been able to speak to someone who could grant my mother an Indian passport. He said he would be staying back for a few days until all the paperwork was finished, and return with her new passport. My mother cried that night. After all the years of hardship, she would finally be able to live a good life with her husband in his home country.

My father would call her every Friday and update her. With each phone call, her expectations grew. She began shopping for things she wanted to take home to India. Yes, she hadn’t even stepped on Indian soil, but it was already her home.

Then, one Friday, the phone call didn’t come. My mother dialed a few numbers from her diary but couldn’t get through. It was midnight when she finally decided to go to bed. Saturday and Sunday were spent at home, waiting for the phone to ring.

On Sunday evening, my mother picked me up and took a taxi to the consulate. They refused to let her in. She still had the Pakistani passport, and her only proof of marriage was with her husband in India. She couldn’t even get them give her a phone number.

My mother secretly contacted one of her father’s servants and asked if he had heard of her husband. They, too, were as clueless as she was.

Dejected, my mother went home. She waited for a month before giving up hope. The wire transfers had stopped six weeks ago.

A 26-year-old Pakistani girl, officially unmarried, was stuck in UAE with a baby without his father.
She had been cheated.

Not knowing what to do, my mother went to the Pakistani consulate and sought permission to take me to Pakistan. Her UAE visa was expiring in two months, and she didn’t have a sponsor. She had 60 days to leave the country.

The consulate was very accommodating. Perhaps they had seen such cases before. My mother produced my passport and my birth certificate provided by the hospital. She handed over her work permit, and showed she was the only caretaker I had.

My mother quickly contacted her cousins in Karachi and arranged for tickets.

In the 18 years that I spent in Pakistan as an Indian, I had seen these two countries drift apart more than ever. While India had managed to become an economic juggernaut, Pakistan was way behind. India had a say in global financial and political matters, and Pakistan remained under the influence of China.

India’s progress in science and technology was there for all to see, while Pakistan was still struggling to send all its children to school. Indians had started becoming CEOs of international companies, while Pakistan’s biggest export, as many said, was terrorism.

Pakistan might have had several drawbacks, but it showed one quality that mattered the most to my mother: Compassion.

By the time I had turned 10, I had made up my mind that I would not leave my mother and go to India, come what may. My mother had already approached senior government officers to figure a way out.

My problems had not yet ended.

An Indian infant’s passport was only valid for three years at that time, and every three years my mother would carry me to the Indian consulate and get an extension after producing the permit issued to her by the Pakistan consulate in Dubai. Once I turned 18, I would not be able to get an extension. So I would have to go to India. I would also need a new Indian passport. That would not have been possible without showing an Indian proof of residence.

There was only one way out. Since I had been living in Pakistan since birth, I could apply for Pakistani citizenship. I would have to renounce my Indian passport.

I don’t know why this idea didn’t strike me or my mother earlier. I had been eligible for Pakistani citizenship the day I had entered the country. I was my mother’s legal son, and my mother was a Pakistani. She was my only legal caretaker. Perhaps the fact that I was with her was enough for her to overlook these legal details.

Two months before my 18th birthday, my mother took me to a few government offices, filled up a few forms, and put in my application for citizenship.

A fortnight later, I was summoned to the Indian consulate with my passport. They took my passport, stamped “CANCELLED” on the first page in red and returned it to me along with a form. That form had my passport details that I had to submit to the Pakistani passport office. I waited in the queue while names were being called out. When my turn came a few minutes later, the woman at the counter took my signatures, my fingerprints and my iris scan. She gave me another form, and asked me to rush home.

My uncles, aunts, cousins and friends were waiting for me. There was a celebration. I had never seen my mother so happy all my life. She quickly grabbed the forms and read them aloud to the whole room. It felt like I had achieved something great. She wouldn’t stop kissing my face.

Less than a week later I was called to the passport office again. You should have seen the entourage that accompanied me. I walked inside while everyone waited anxiously.

The same woman waited for me at the counter. She took my form and handed me a glistening green passport. “Islamic Republic of Pakistan” was written on it in golden-yellow letters.

A drop of tear fell on the cover and rolled off the corner. I made no attempt to wipe it. It was a token payment it deserved for giving me a new identity and letting me live with my mother forever.

(Disclaimer: Views expressed here are that of Nasweef, and do not necessarily reflect the views of The Naked Truth and the author.)

A City and the Liquid Luck Fiction

Malda Riots: The Wave Of Intolerance, Biased Reporting And Political...