﻿ Neha Gour The Curious Mysteries Of The Nation January 18, 2016 https://www.nakedtruth.in/wp-content/uploads/2016/01/Mystery.jpg 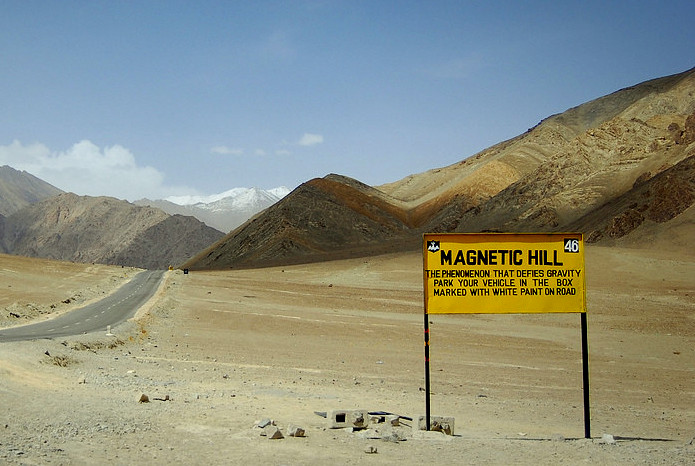 India is one of the mysterious countries in the world. Its mythology, histories and cultures ethos have several secrets hidden underneath. There are no secrets that time does not reveal. This is the time for revelations of 10 secrets of India.

Did he even die?

In August 1945, Subhash Chandra Bose boarded a flight heading towards the Soviet Union. The plane stopped at Taipei (then Taihoku) and right after the take-off, it crashed killing Bose.

He was succumbed to three-degree burns and injuries later. But did he even die? Within hours of his plane crash, conspiracies arose of him still being alive. There were reasons that he faked his own death.

Bose’s bodyguard who turned 102 in 2006 claims to have met Bose after a year of his death. He had disguised himself as a ‘sadhu’. The real Subhash Chandra Bose is known to have died in 1977.

2. Death of Homi Jehangir Baba. An accident or a murder?

The flight of Bhabha crashed on 24th January 1966 near Mount Blanc. There was no debris found after the crash. A bag was recovered with newspaper, calendar and a personal letter. The strange thing is that the bag was recovered only in 2012.

The flight was piloted by one of the most experienced pilots of Air India. It is said there was a bomb in the luggage which blasted and led to crashing of the plane.

It was revealed later that the death of Bhabha was a conspiracy plotted by the US. They feared India’s growing nuclear deals and killed Bhabha to kill India’s prospects of nuclear developments.

3. The Village of Twins:

Kodinhi is a village in Kerala with a strange secret underlying. This village claims in having an abnormal number of twins born.

Expertise estimates there are as many as 350 sets of twins registered in this area and there could be more. In India, four out of every 1,000 Indian births are twins while in Kodinhi, the number is 45 per 1,000 births.

Doctors assume there must be some unknown hereditary factor, or maybe it’s something they eat. Until this mystery is revealed, this village tops the list of dark secrets of India.

4. UFOs and The Kongka La Pass:

The Kongka La Pass in Ladakh is a disputed no man’s land between the India-China border. Both countries keep a watch over it and none of them patrols or occupies it.

It is known that there are UFOs travelling in and out the area due to the lack of human interference. It’s even reported that aliens have built an underground base in that area.

Rumour says that there are gigantic flying saucers hidden underground along that pass. Many residents residing near to that area claimed to have seen UFOs rising from the ground and descending back in. Allegedly Chinese and Indian governments are very much aware of it. It still remains a secret.

In the region of Ladakh, something is called a magnetic hill. Any car parked on top of the hill will roll up the steep road on its own accord. The car moves at up to 20 kilometers per hour (12.4 mph) speeds. This supernatural phenomenon is called the “Himalayan wonder”.

People from around the world go there to witness nature’s hidden mystery. The secret behind the magnetic pull is an optical illusion created by the peculiar geography of the area. The mountains, road, and hill are aligned in a manner that makes the area seem like a steep uphill terrain, but the road actually goes downhill. Thus, in the above video, the car left out of gear automatically rolls uphill.

6. Shah Jahan faked it out?

Taj Mahal is the most famous and the most beautiful building in India. The white marble building was created by Mughal emperor Shah Jahan as a mausoleum to his deceased wife. But is it true?

Some theories reveal that Taj Mahal was never the architectural embodiment of eternal love history. Few shreds of evidence prove that the building is actually about 300 years older than its supposed builder.

New Delhi professor P.N. Oak, the man behind this theory claims that the building was originally not a mausoleum at all. He suggests it is actually an ancient Hindu temple known as Tejo Mahalaya dedicated to the worship of the god. Theories say that Shah Jahan merely took an existing temple, added on some decorations, and dedicated it to his wife. Strange, right?

Swamps of Bengal come with a very special brand of paranormal peril: mysterious lights that attempt to lure you to your doom. The Aleya Ghost Lights are a member of the eerie global family of ghost lights, also known as will-o’-the-wisps. They’re flying, glowing orbs that float above the marshland and lure unwary travellers in the distance.

According to local lore, they’re the souls of fishermen who died accidentally in the area and anyone who is stupid or careless enough to approach them either dies or goes irrevocably insane.

Recently, modern science has been able to solve the mystery. Aleya’s creepy ghost lights are actually gases produced by the decaying organic matter in the swamps. Once it rises to the surface and comes in contact with oxygen, oxidization and ionization effects create an ominous photon glow in the air. To further add to the creepy beauty of the phenomenon, the lights are differently colored depending on the gas in question, which creates a multitude of differently colored spook lights.

These are the few spine-chilling mysteries from the country, what are you thinking about?