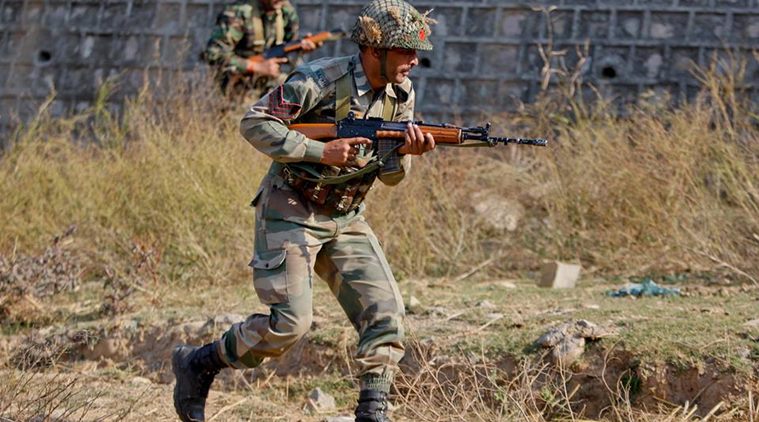 A Nation Buried Under Failed Administration And Futile Arms Sources

As Indians, I don’t have to acquaint you with the recent terrorist attack that hit our country. An attack in a small city named Pathankot. An attack which resulted in the loss of seven, very precious lives. An attack that changes dynamics posts the recent meet between the two most imminent leaders of India and Pakistan.

Some of us might say that this attack was expected after the recent meet between Narendra Modi and Nawaz Sharif, yet the majority of us are baffled at what has happened. The news channels have already claimed that the attack was led by Pakistani elements.

The motive as we know was to destroy the air force base at Pathankot which houses some strategically important and also expensive equipment.

The current contemplation is whether or not; India should go ahead with talks with Pakistan.

Does India have a reply for Pakistan at all? Should India retaliate like the USA did post 9/11? Should India follow in on France’s footsteps post last year’s Paris attack? The question, however, should also be; what should India have done and do for its internal elements? The defense forces, the police, the common man and the administration of all of these combined.

As hard hitting as it may sound, Terrorism in today’s world is an inevitable reality. No matter how powerful a country is, no matter how strong a country’s military is, we are all falling victim to terrorism one after another.

In such a day and age, what is India’s preparedness? The message we gave to the world after 26/11 was that our ports are open, our borders are open, come invade us, we’ll keep you in a bomb proof cell and serve you Biryani. We have done the same thing yet again.

Despite an attack which took place last year in Punjab itself, our efforts to minimalize such incidents look like in a vague. A group of terrorists enters India. How does that happen? That happens through a drug route. Can the Punjab police explain why ruthless terrorists would let a policeman go alive?

Why is the NSG called all the way from Delhi to participate in this operation, when the Special Forces School is in Nahan? Despite the undeterred spirit and courage of our soldiers, people have been questioning why it took the army three days to neutralize two terrorists.

The decision making and managing capabilities of our leaders and the government are beneath rock bottom.

In Dinanagar, there was a tiff between the police and the army. The police did not want to let the army get in because they felt, the army always takes away the credit. The failure here is that even in an emergency, one is thinking about credit and not the security of the majority.

The government declared the operation a success on Saturday itself. The failure is that our leaders were not even bothered enough to hear the full account of what was happening in Pathankot.

The prime minister was busy inaugurating a yoga camp. The failure is that he didn’t think of addressing the people of his country or the defense forces who were relentlessly fighting an outcome of his visit. Sounds harsh but we, now, need not to settle down but take action.

The biggest failure is that even after several lives have been lost, several families destroyed and now the once most fearless, gallant men sit at Jantar Mantar demanding what is their due, the politicians do not give them enough respect.

We may blame Pakistan for this attack and several others that have taken place earlier and continue to take place every other day in troubled areas of Jammu and Kashmir.

But are we not inviting them on us, with our weak administration and disinterested leadership?

Unless we learn to respect the part of our population which defends the rest of us and unless we up our administration game, we are a nation on the way to doom. And there’s no easy way to put this.

For how long do we want to feel a sigh of relief over the valuable lives of martyrs? Question yourself, question the government, and question the administration!

Netflix Now Streams In India, Next Is To Look Up...