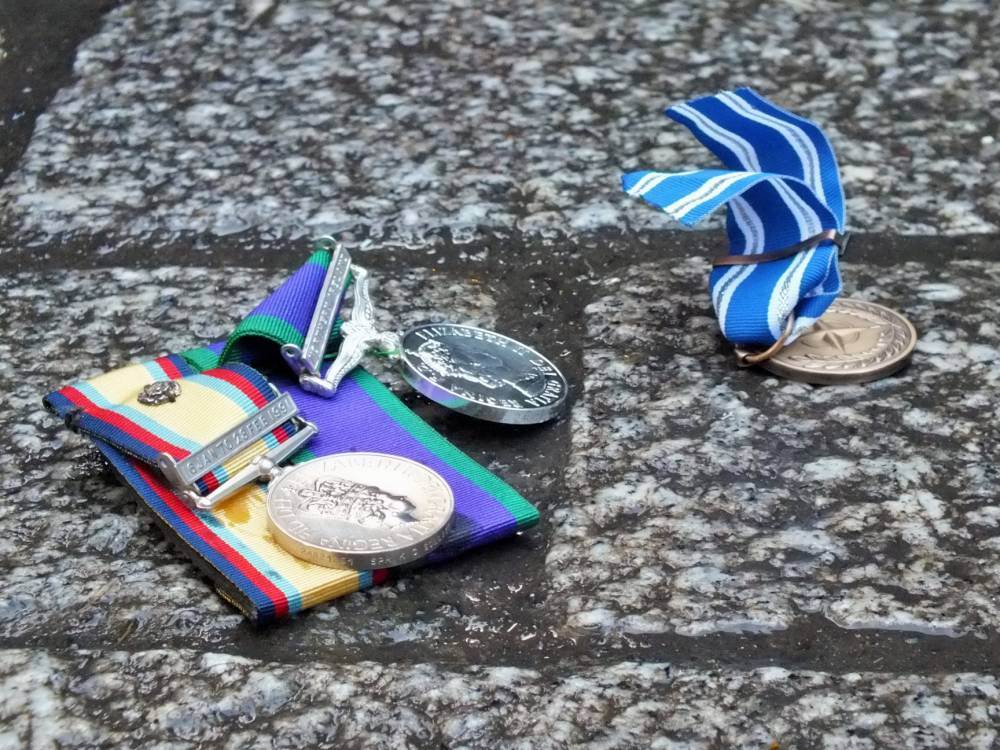 Finally, people are getting to the cause of the Syrian crisis and have started to know that bombing is not really the solution for this seems-to-be “the never ending war”.

The war, the refugee crisis and ISIS, they all are the result of bombing aimlessly on innocent civilians, not the enemy and increasing the air strikes is only going to make the situation worsen.

On Tuesday, British veterans threw their war medals on the ground in front of 10 Downing Street in protest against the vote of parliament to approve air strikes on ISIS in Syria.

The fact that all the veterans served wars in many parts of the world, know that what wars really are and politicians sitting in the parliament just make the decision to bomb the civilians in other countries to make the situation worse and maybe create some more radicals.

“By bombing in Syria we are killing innocent, vulnerable sentient beings, men, woman, and children. You cannot sow bloodshed and reap peace. I no longer want these medals.”

According to Ben Griffin, Head of Veterans for Peace, this war, and ISIS are the result of previous war mistakes happened in Iraq especially bombing on civilians, which made bombing affected people radical towards the west.

We need other strategies to stop this war, such as controlling the support and funding system of ISIS which is believed to be the west-ally Saudi Arabia funding the ISIS to spread radicalism and Turkey which is allegedly buying oil from ISIS in the black market.

Ben Griffin is a former SAS soldier who won the medal for serving in Iraq, Afghanistan, Northern Ireland, and Macedonia. He refused to return to Iraq war and left the Army, mentioning illegal war tactics of United States army.

He also leads many anti-war campaigns especially Veterans of Peace, which is an organization of ex-soldiers who have served in every war Britain has fought in since World War 2. Veterans of Peace have hundreds of members in the UK and thousands in the US, and they are protesting against the government on their plans for war.

Well, veterans know about the wars better than politicians. Wikipedia doesn’t even have a page about Ben Griffin, I can easily deduce that it was another government tactic to make his story quiet.

“I didn’t join the British Army to conduct American foreign policy”, Ben Griffin said to the Telegraph in his interview in March 2006.