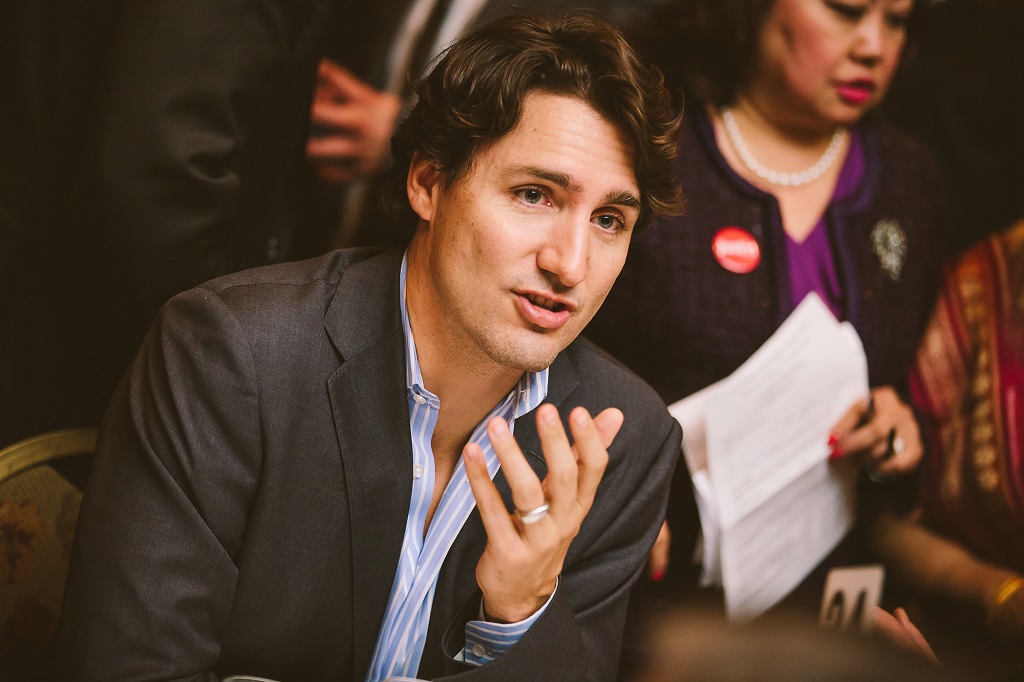 The Quick, The Responsive, The Prime Minister, The Justin Trudeau

“Tonight we’ll dispense with the formalities. I’d like to toast the future prime minister of Canada: to Justin Pierre Trudeau.”

This accurate prediction was made by none other than former US President Richard Nixon on a state visit to Ottawa.

A former teacher and advocate of various causes, Trudeau gained public recognition and admiration for his poignant eulogy at his father’s funeral. He became active in politics post his father’s death and his journey from an inexperienced politician to the Liberal Party leader to finally the Prime Minister of Canada has been an arduous one.

Only days after the Liberals won the elections, the newly sworn in Prime Minister presented the nation’s historic and very first ethnically diverse and gender equal cabinet.

On November 4, 2015, presenting his cabinet as ‘a cabinet that looks like Canada,’ Trudeau’s candid response for the reason for this gender balanced cabinet was simply – “Because it’s 2015.”

Also, as per his promises of increased media accountability and increased interactions between the government and the media, members of the press were delighted to ask the new Prime Minister several questions with no limits on the list and type of questions.

Trudeau’s recent meet with the media at the National Press Theatre has shown that unlike Harper’s government, Trudeau wishes to improve relations with the media fraternity.

Trudeau made his debut on a world stage with the G20 conference in Antalya, Turkey. He was firm on Canada’s withdrawal of its six CF-18 fighter jets from Iraq and Syria before March 2016. However, Canadian Special Forces will continue to train Iraqi soldiers in their fight against the ISIS.

Greeted as ‘hottie’ at the 2015 APEC Summit in Manila, Trudeau pledged to solve the issue of Canadian dumping of trash in the Philippines. Trudeau’s speech at the UN Climate Change Conference in Paris was met with applause and cheers.

One of the key highlights of Trudeau’s campaign was the resettlement of 25000 Syrian refugees before the year ends which was labeled by the Conservatives as unrealistic.

Syria has been the victim of a horrendous civil war for more than four years which has rendered more than a dozen million people homeless. With millions of Syrians fleeing their homeland, the Syrian refugee crisis has become one of the most unresolved humanitarian crises of recent times.

Despite the November Paris attacks for which IS claimed responsibility; Trudeau’s government has maintained its stance on admitting those many Syrian refugees into Canada.

In a November 25 interview, the Prime Minister acknowledged that his government won’t be meeting the deadline for rehabilitating refugees only because they want to get the process right for both the Canadians and the refugees.

Explaining his government’s revised decision, Trudeau said, “This is about welcoming people who are fleeing terrorism, not bringing terrorism with them.” Trudeau’s move has been praised by political experts as a wise decision.

The world is hopeful of Trudeau’s government owing to his progressive policies.

As far as Indo-Canadian bilateral relations are concerned, one also has abundant expectations. The importance of relations between India and Canada cannot be stressed enough, not only because Canada is home to one of the largest Indian diasporas in the world, also because strategic partnership and trade between the two countries need to be strengthened.

The relations between India and Canada have witnessed strains owing to several reasons like the Air India Flight 182 bombing and the Smiling Buddha Nuclear test. Even though the overall trade between the two countries has increased, the trade between them has been less than their potential.

With Trudeau’s ascendancy, one can hope for better relations on all fronts between India and Canada in the years to come.