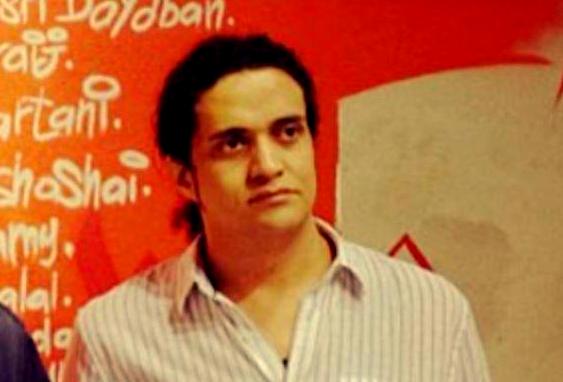 Saudi Arabia, which has been elected as Chair of UN Human Rights Council Panel in September 2015 in Geneva, sentences Palestinian poet Ashraf Fayadh for ‘apostasy’.

Initially, the poet was sentenced to 4 years and 800 lashes, but after his case was sent back to lower court, a new judge reversed the previous sentence to death penalty.

No wonder that Saudi Arabia, which gets a Chair in UN Human Rights Council, doesn’t care about Human Rights at all and keep arresting people for their personal beliefs and beheading them even when they have no strong proofs available.

It is better to say that Saudi judges have a false sense of justice over Law systems. Saudi Arabia’s justice system is based upon Sharia Law. We all remember that Saudi cleric who claimed that Sun rotates around the Earth, and was criticized for the same globally.

Ashraf Fayadh is a Palestinian artist who lives in Saudi Arabia and he is accused of having promoted atheism in his 2008 book of poems ‘Instructions Within’.

According to Ashraf, he was indirectly punished because he posted a video online showing religious police lashing a man in public. It is not just Ashraf Fayadh, a year ago Saudi Arabia also detained Saudi poet Raif Badawi who was accused of ‘insulting Islam through electronic channels’ and sentenced to 10 years in prison and 1000 lashes.

Saudi Arabia beheads more people in a year than ISIS and still receives a favor for a top position in UN Human Rights Council in a secret deal from countries like the UK.

Countries are developing, except Saudi education and justice system, and we have already got so many advancements in clean and renewable energy. And we all know, there is so rapid development in the field of energy sources other than oil.

Cultural figures and right groups have already started protesting against this decision and demanded for the release of the poet facing execution.

We Are No Evils Because We Menstruate. We Are Happy...