﻿ Ayush Garg Statista Reveals India Is On The List To Not To Be Travelled Because Of ISIS November 10, 2015 https://www.nakedtruth.in/wp-content/uploads/2015/11/Statista-Map.jpg 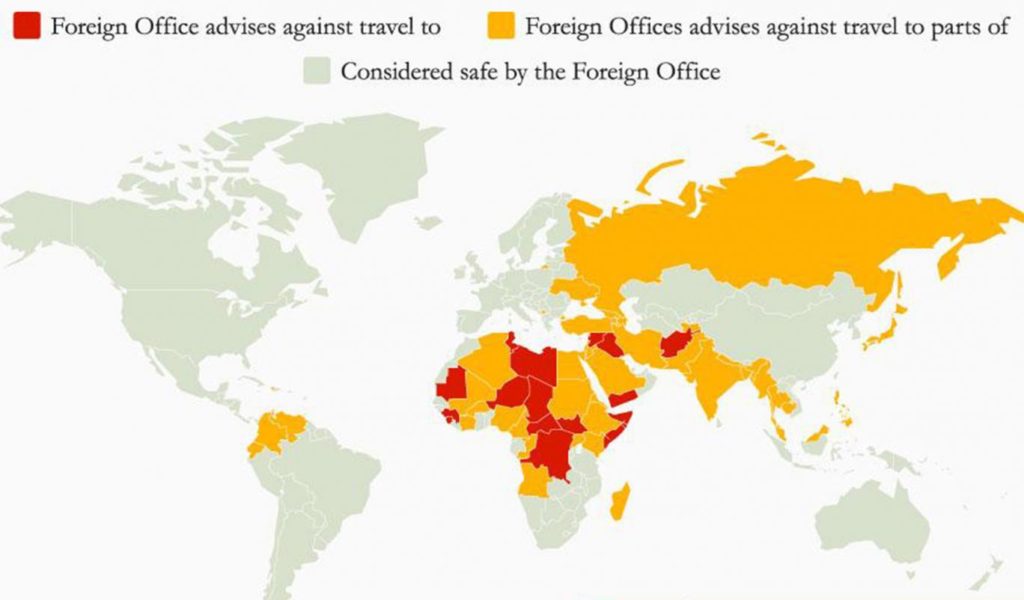 After the mishap, Russian plane crash in which all 224 passengers and crew on board were killed, tourists are being warned of the countries that have been designated unsafe to travel to.

The map displayed below, created by Statista, shows the 18 countries the Foreign Office advises British travellers should avoid. This big is the threat of ISIS has risen to.

ISIS’ affiliate in Egypt says it brought down Metrojet Flight 9268. And U.S. officials are more confident that terrorists bombed the Russian plane.

CNN reported over the growing confidence that the plane was bombed by terrorists that one US official said it was “99.9% certain”, another said it was “likely.”

Yet key questions counter that If terrorists did plant a bomb, how did they do it? And what could prevent that from happening again?

The current advice for Syria is that any Britons currently in the war-torn country “should leave now by any practical means” because the Foreign Office would be unable to provide any consular services.

The UK has flown 3,500 travellers out of Sharm el-Sheikh, from where Metrojet Flight 9268 took off for St Petersburg on 31st October 2015.

Russia says it has flown 11,000 tourists home from Egypt in the past 24 hours, and more will return on Sunday. People want to go home as early as possible.

Countries which the Foreign Office advises British people travelling to:

Countries which the Foreign Office advises against travelling to parts of: