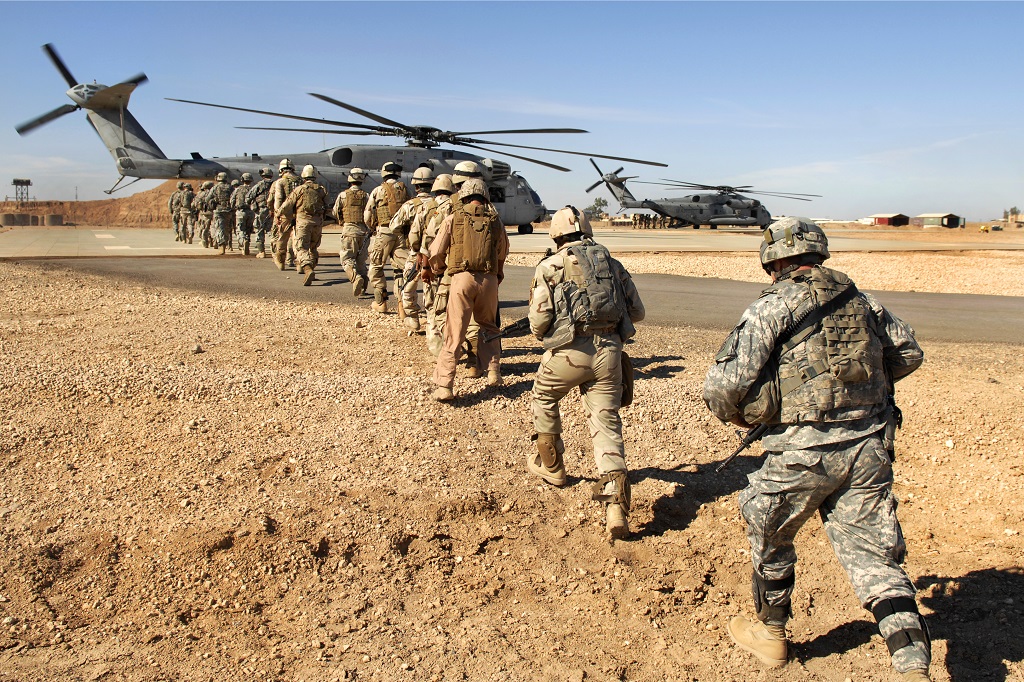 US Ground Troops Finally In Syria: A Late Move Or War Race Against Russia?

On September 2013, President of United States, Barack Obama, said “I will not put American boots on the ground in Syria” meaning that he will not repeat the same mistake which last government did while throwing Saddam Hussain out of the power in Iraq.

But as the US policies and strategies are failing in Syrian war and it’s been a long time that US-led coalition forces are not effective against the Islamic State of Iraq and Levant (ISIS), now they are shifting slowly from their strategies and the promises made in the past.

What exactly pushing the US to put ground forces in Syria now?

They say a small number of troops will help in training and assisting rebel forces fighting against ISIL and also in coordinating air strikes in the war zone. Well, yeah they do need coordination, as effective Russian strikes did much damage to ISIL in few days while US is still confused to figure out who is their primary target, ISIL or Bashar-al-Assad?

White House spokesman Josh Earnest said that US will be sending around 50 Special Operation troops to assist Kurdish and Arab forces fighting with ISIL, in planning and logistics. 50 highly trained Navy Seals (or other Special Operation Forces) are not an optimal fit just for assisting with logistics, everyone knows what 50 troops of Special Forces are capable of.

If Syrian war needs military intervention to end, why don’t they do it openly instead of sending specialized troops in the name of assisting and training.

If “boots on the ground” are needed, then do it efficiently otherwise another year will pass without any result, and then, Russia will also send in troops to destroy ISIL in a matter of few days.

It seems that civil war of Syria is becoming a new short cold war and a race to be ahead of one another in the war.

People don’t care who will fight against who, their primarily need is to end this war rather than to elevate and become a stage to show military power.

The civil war in Syria already created much crisis around the world especially in Europe, and it doesn’t mean that if US and Russia are not directly affected by crisis, they will play another sequel of the cold war.