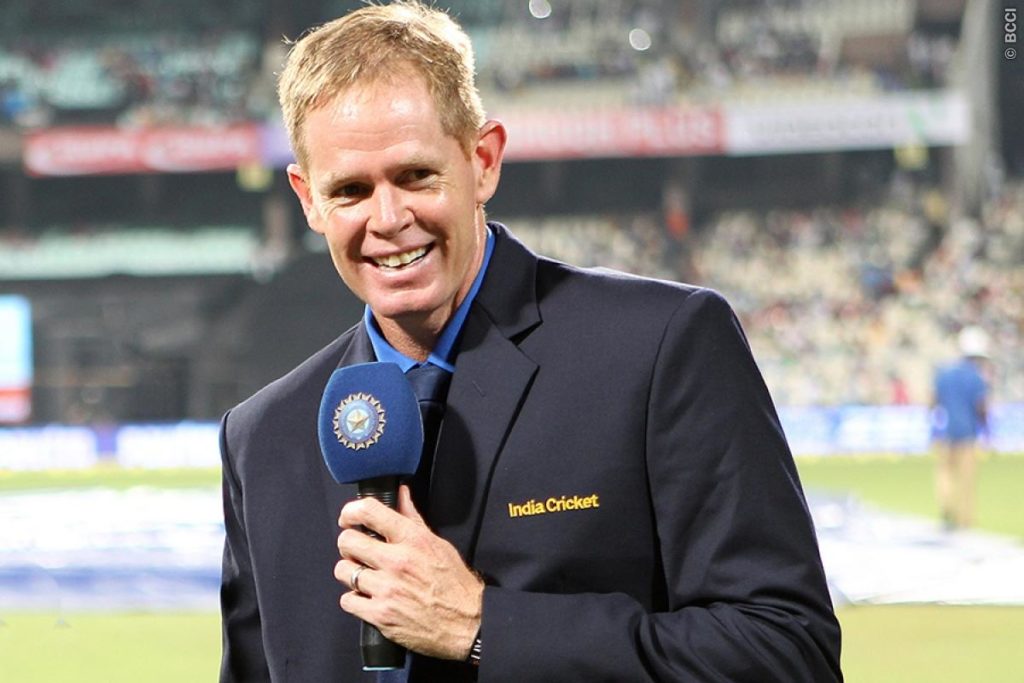 Former South African captain and bowling all-rounder Shaun Pollock recently said he failed to understand why India has not been able to produce fast bowlers like Pakistan, and mentioned the difference in genes as the cause.

Below is the excerpt of what he said:

“It is something that has fascinated me over the years (why India fails to produce tear-away quicks). Pakistan, for example, we just kept playing against people who came up and bowled close to 150 kmph. You had Waqar Younis and Wasim Akram to start off with, and then you had Shoaib Akhtar coming along with Mohammad Sami. Wahab Riaz is now firing up,” Pollock was quoted as saying by bcci.tv.

“It is a funny one to understand as to why it happens that Pakistan produces so many fast bowlers and India can’t especially when the border is so close between both countries. It is weird to understand why India struggles to get those kinds of bowlers coming through consistently. I don’t know if it is just because of the genes or the things that they eat growing up. The difficulty for the people in India is the amount of cricket you play.”

“It is no doubt that it is down to genes. Fit muscles, strength and technique obviously play a huge part and your athletic build contributes to it. But there are a lot of aspects that is difficult to work out.”

What he said is true. Pakistan seems to have an assembly line for producing fast bowlers, while India doesn’t.

Pollock must understand that the genes are the same. Sixty-eight years (since Independence) is too short a time to have any significant impact on genes, unless there is rampant cross-breeding with people of different races (Nordic, African, etc), which obviously isn’t the case in either country.

It will need at least five to six generations before differences in genes are visible to the naked eye.

The biggest reasons are diet and role models.

Most Indians are brought up on a diet that is largely vegetarian. Non-vegetarian food is prepared mostly once or twice a week. This is especially true for Hindu and Sikh households. By the time, a boy and his family realize he has potential to make it as a fast bowler, his physical growth is complete, growth that’s largely been fed by greens. And even if this realization comes early, it’s usually discouraged as a career. The child must first study, sports can come later. So the focus of the diet is to provide enough energy to sustain bodily functions, not to gain physical strength.

When the child moves to the meat-based diet, he usually eats chicken and goat meat. He doesn’t eat beef.

Pakistanis, on the other hand, eat beef, and usually do so from a young age. So the foundations for physical strength are well established before physical growth stops.

Another meat known to build strength is pork. Though it’s not eaten by Muslims in Pakistan, it forms a major part of the diet in Europe, Africa and Australia. Therefore, bowlers from these countries display the same kind of physical prowess as bowlers from Pakistan.

No Indian boy wants to be a Srinath or Zaheer Khan. They want to be Tendulkar, Dravid and Ganguly. Previously, they wanted to be Gavaskar. When one Indian hero batsman has retired, another hero has been ready to take his place. There has always been a Virat Kohli to a Sachin Tendulkar.

That’s not the case with bowlers.

India’s bowling greats can be counted on fingertips. Kapil Dev, Srinath and Zaheer Khan. Irfan Pathan had talent, but injuries and lack of form kept him out of the national side. His swing and control made him a formidable opponent. His hat-trick against Pakistan in Pakistan spoke volumes about his caliber. Two of the batsmen who got out in that over were Younis Khan and Mohammad Yousuf. Sreesanth was another talented cricketer who lost his way. Gifted with impeccable seam position and ball control, this lad threw away his career.

India doesn’t have bowling role models. So the children have no one to look up to.

Pakistan, on the other hand, has given the world one champion bowler after another. Imran Khan, Wasim Akram, Waqar Younis, Shoaib Akhtar, Sarfraz Nawaz, Mohammad Sami. Then they also have their share of batsmen in Younis Khan (who has shown no signs of stopping despite his age), Saeed Anwar, Javed Miandad, Zaheer Abbas, and of course, Inzamam.

While Pakistan’s batsmen have won them countless games, it’s their bowlers who have won them the hearts. Toe-crushing yorkers from the Sultans of Swing have rattled many stumps. Steaming pace from Akhtar has left several batsmen praying they don’t step onto the pitch.

Has an Indian bowler ever instilled fear in batsmen? Probably not.

With inputs from IANS.