﻿ Ashish Rana Canada: The Rising Rebel For The US Even On The Deals Implemented Against ISIS October 26, 2015 https://www.nakedtruth.in/wp-content/uploads/2015/10/Canada-PM-Justin.jpg 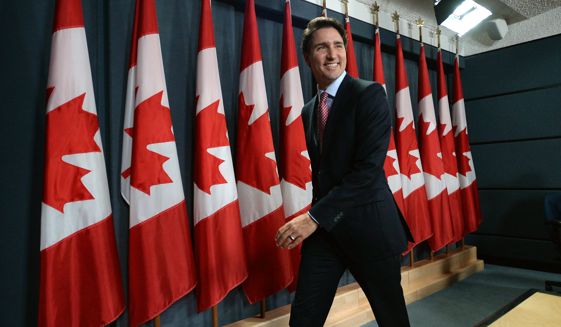 Canada: The Rising Rebel For The US Even On The Deals Implemented Against ISIS

We all know that the United States is one of the world super powers and always have a global impact by its political foreign policies. The United States also getting support from other countries in its wars, especially in the middle east.

If we talk about NATO (North Atlantic Treaty Organization), it was supposed to be a military alliance defending their territory, but now it became a puppet of United States (maybe that was the reason it was created) to have extra support in the wars that it wanted. Nowadays, if the United States is involved in the war, you can find many NATO countries supporting it directly or indirectly without even giving a thought to it that it’s the right or wrong step.

Recently, Canadian parliamentary election polls resulted in the winning of Liberal Party of Canada led by soon-to-be the Prime Minister Justin Trudeau, the eldest son of former Prime Minister Pierre Trudeau. Liberals came to power after almost a decade and started making big and bold moves from the starting days of execution of the government.

But it seems to be not so good news for the United States, as new Canadian (to be the Prime Minister Justin Trudeau) has declared that Canada will bring back their CF-18 fighter jets from Syria, ending the air strikes with US-led Combined Joint Task Force – Operation Inherent Resolve (CJTF-OIR). The commitment to stop Canadian air strikes was made during his election campaigns, and Mr. Justin Trudeau made no mistake by declaring this decision and also informed US president Barack Obama of the same.

The bold move was praised all over the world as it gives new thought and a support to the nations to not to participate in wars just because of their ally’s interest. This is what happening nowadays, nations jumping into the war fields without any specific interest and it is creating new enemies even if they are not connected to each other in any of the ways.

Other than bringing back their fighter jets, Justin Trudeau also set to move forward in some of his other election campaign commitments like accepting 25000 Syrian refugees.

Current conservative Prime Minister Stephen Harper strictly denied on accepting Syrian refugees, now his term is going to end when Justin Trudeau will swear his role. Bombing Syria and denying the refugees was taking Canada into the shoes of US and UK, but now a new hope is rising in Canada and it is also giving some meaningful lessons to other countries too.

Justin Trudeau is not going to stop just after these two decisions, he is all set to legalize Marijuana in Canada, and it seems like everyone is happy, legalizing marijuana will also help to stop many social problems instead of increasing them. Also, Canada is now working to be more environment-friendly and to manage tax rates between the middle class and rich.

The Canadian election shows us that if the government is not working in the right way to empower the nation, we need to change it and it should be changed. Democracy is what all about!

You have the power, power to vote for the right people!