﻿ Ashish Rana Why Is The US Surrounded By The Conspiracy Regarding ISIS? October 16, 2015 https://www.nakedtruth.in/wp-content/uploads/2015/10/IS2.jpg 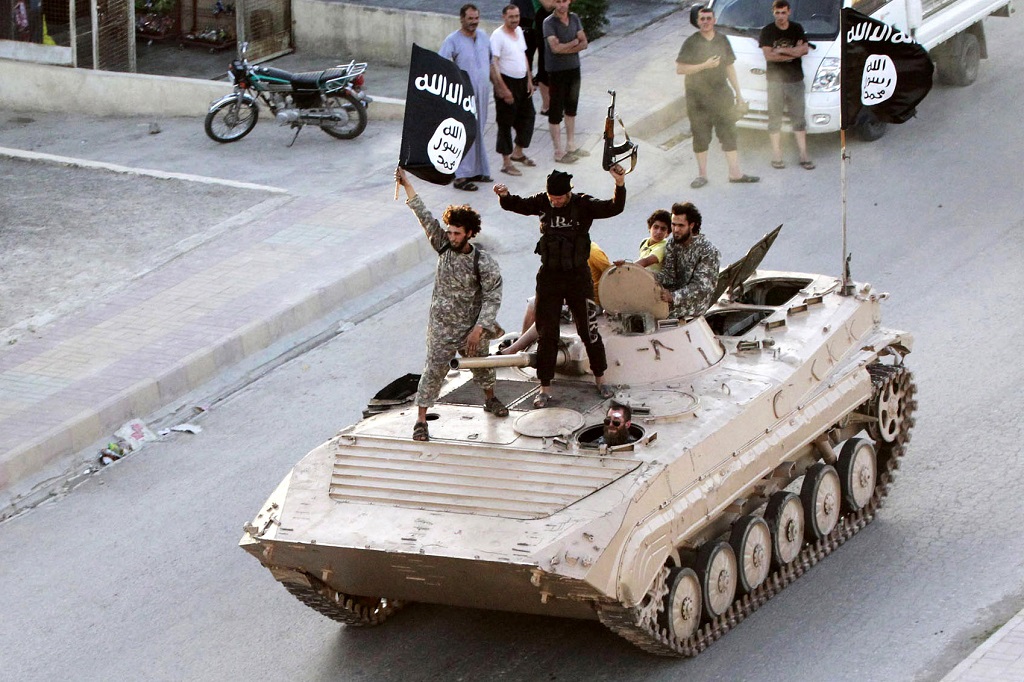 Why Is The US Surrounded By The Conspiracy Regarding ISIS?

We all know the curious case of Al-Qaeda, how the US created and funded Al-Qaeda to promote its political agenda and how it all ended with a brutal war. It all sounds like a loop of business, to create demand and then supply. The final winner will be the brain who is controlling the puppets.

Well, the connection between Al-Qaeda and US was more than the conspiracy. But the current conflict going on in Syria, is moving forward to turn into a global chaos, & is also creating many conspiracies regarding the Uncle Sam’s connection to the ISIS.

Let’s figure out some theories that why people think it’s true.

ISIS is generally the predecessor to Iraqi division of Al-Qaeda, the group rose and became independent in April 2013 having Abu Bakr al-Baghdadi as the leader.

Abu Bakr al-Baghdadi was detained as a low-level prisoner by US military at Camp Bucca, a prison facility maintained by the US in Iraq in February 2004 and was released in December 2004.

Conspiracists think that Abu Bakr al-Baghdadi had a secret deal with the US to become an internal agent and divide Al-Qaeda, but the theory went opposite and he turned against the US (as the same happened in the case of Osama Bin Laden).

From the Soviet-Afganistan war, US armed the Taliban with Stinger, a personal portable infrared homing surface-to-air missile (SAM), so that they can fight against the deadly soviet fighter jets. The US succeeded in their cold war political agenda as the Soviet Union lost the war, but the weapons left with them and later the armed Taliban turned as a big problem for the US and then, we all know what happened after that.

As we see the pictures of ISIS over the internet, one thing to be noticed that they are not only using AK-47 like other terrorist organizations rather they seem to be fancy and equipped with modern weapons like M16 which can be sourced from the US only.

In order to remove Assad’s regime, US is supplying weapons to Free Syrian Army and Kurds (YPG) to fight against ISIS. We can say that it is a poor strategy and the US is not learning from the mistakes, they did during the war in Afghanistan. Some conspiracists, as they claim ISIS is directly supported by the US, say that ISIS get their weapons indirectly from the US.

We can see ISIS riding the good looking Toyota’s Hilux pickup trucks, and the question is how did they get those trucks in such a large number?

According to the US foundation-funded Public Radio International (PRI), they have sent 43 brand new trucks to Free Syrian Army in 2014 and, on the other hand, the UK has also sent aid to the Syrian rebels worth 8 million pounds which include around 20 vehicles with other equipment as well.

Free Syrian Army or Syrian rebels seem to be merely cover up to hide the funding and camouflage the support to ISIS.

Russia took the entry in the war with a bang, and made the news all around the world within moments, destroying the backbone structure of ISIS headquarters and operative areas within a week (as quoted mostly by RT) by continuous sorties and bombing.

On the other hand, US was doing the same from more than a year and ISIS only seemed to be growing strong.

It’s hard to guess and figure out that which side’s story is true, and which one is virtual. After the current intervention of Russia in Syria, the only conclusion we got that US was doing something fishy that’s why they were ineffective in the region being the superpower in the world.

A Trip To The ‘Dilli Ka Dil’: Chandni Chowk