﻿ Anupam Varma How I Escaped From Daesh Militants In Syria September 27, 2015 https://www.nakedtruth.in/wp-content/uploads/2015/09/Syria1.jpg 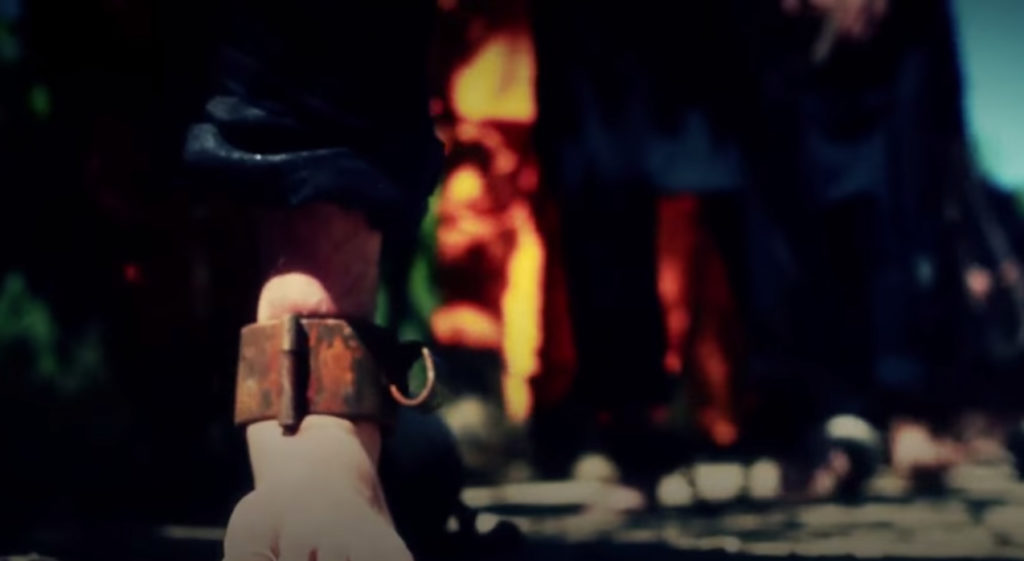 How I Escaped From Daesh Militants In Syria

The loud banging on the door startled Afnan. She had just turned the lights off and was about to sleep. The banging got louder. Afnan sat up and heard closely.

In an instant, she jumped off her bed, grabbed Futun, her three-year-old daughter, and ran towards the rear end of the house. At the door were two bags. She picked them up and dashed outside to the waiting pick-up truck. In the vehicle were 15 other women, and over 25 children.

It was still dark, but it was time.

Afnan lived in Palmyra with her daughter. Her husband had deserted her two years back to join Daesh. He later kidnapped Afnan’s sister, Alimah, from her husband’s house, and sold her off to another Daesh militant.

The banging on the door was a sign, a pattern of loud and soft sounds, similar to Morse code, to signal Afnan.

Palmyra in Syria has undergone tremendous bloodshed under Daesh. Men who refuse to join the militants have been killed. The women have been raped, sold and raped again. Children have been left orphaned by the dozen. Schools have been shut. Churches have been razed to the ground. Shops have been sealed.

“We were forced to be totally dependent on the militiamen for everything. They gave us food, and in return we had to follow them and do as they said. We had no choice. They carried guns wherever they went,” Afnan said. “They said they were here to protect us, to protect the Muslims all over the world from the atrocities being done to them.”

“We were not even allowed to step outside our houses. I wonder who or what we were being protected from.”

“I would only sneak out at night to my neighbor’s house. She had three children. The militants had branded her husband a spy and killed him.”

Every night, Afnan and several other women in the neighborhood would get together and plan their escape.

They would need a pick-up truck (buses would arouse suspicion, and a full-size truck would be too slow), a reliable driver, a month’s supply of food and water, travel documents, a ferry and some cash to pay off border patrol. They decided they would sell their jewelllery and furniture.

For the next two months Afnan and her neighbours pinched together almonds, walnuts, dates, raisins and stowed them away in bags.

While collecting food was not a problem, they had not been able to dispose of their jewellery or find a driver. Without money and a driver, their escape would be impossible.

Then came Alaa, like a knight in shining armour.

Alaa, a cousin of one of Afnan’s neighbors, was a teacher in Aleppo. He had been kidnapped by Daesh, but had somehow managed to escape. The militants presumed him dead and didn’t look for him.

Alaa headed to Palmyra as soon as he heard about Daesh capturing the city. By the time he reached, arrangements for the escape were only halfway through.

He quickly arranged to sell the jewellery and furniture on the gray market in another city. Getting a pick-up truck was not a problem either.

Now they had to wait for the right day.

Daesh rotates its men every few weeks, just like organized forces all over the world. This is the only time city exits are opened to let the supply trucks through.

Two days before the next rotation, Alaa gathered all women together and handed them small bundles of cash. He also showed them the special door knock he would use.

The plan was such:Alaa would park the pick-up truck in the back alley next to an old garage. On the night before the rotation is scheduled to take place, he would cautiously drive his vehicle to a designated point behind Afnan’s house. Afnan’s house was flanked by two huge trees, which would be ideal for cover. He would then knock on the first door and rush back to the pick-up truck. The woman living in the first house would keep her belongings in the vehicle and knock on the second door, and then jump into the vehicle. This way, each woman would knock on the door of the house next to hers.

The pick-up truck was full in less than 10 minutes.

Alaa covered the vehicle with tarpaulin, threw in some rotting beef carcass, and drove off up to the city exit.

The gates opened shortly after midnight, and trucks were let in one by one. The guards climbed inside each vehicle and inspected the contents.

Seizing the moment, Alaa drove through. By the time the guards could rush back to the barracks to get their guns, Alaa was out of sight.

Alaa drove for over 15 hours until he got to the west coast of the Mediterranean Sea. The sea is a four-hour drive from Palmyra, but for most part of the journey Alaa had to drive with the headlights off. Also, he couldn’t take any arterial road as they would be swarming with militiamen. Therefore, most of the journey was done on sand or over the hills.

Three other vehicles were already waiting by the time Afnan and her neighbours reached the shore. A small ferry, sufficient to carry 50 people, was in the distance.

“This would be our escape,” Alaa told us, as he unloaded our bags and children from the pick-up.

A sense of relief ran up her spine as soon as Afnan’s feet touched the cold, wet sand. She bent and picked up a fistful, and tied it in her scarf.

“My country could not keep me, but I will keep a part of my country wherever I go,” she said as she boarded the ferry.

(All named have been changed to protect identities. Afnan’s parents are still in Syria.)

Indian Marriages: A Price Tag To A Lifetime Relation?