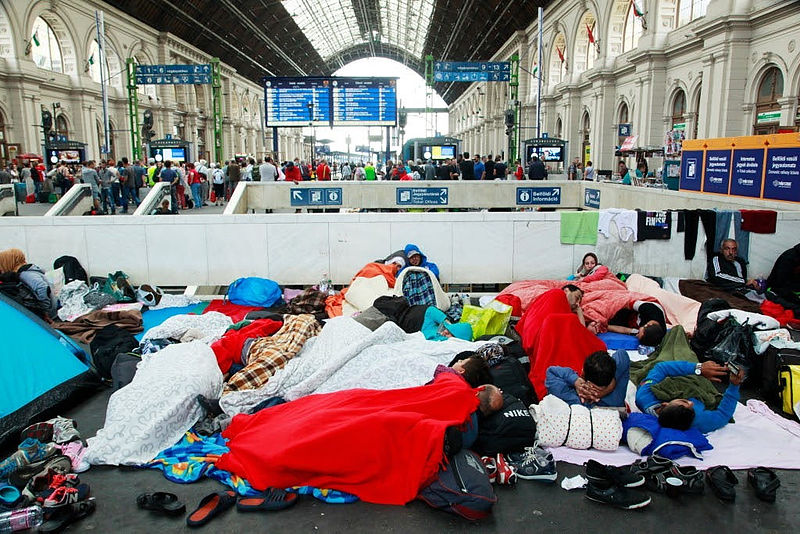 As days passing by, the number of refugees entering the Europe is increasing at the phenomenal rate. Most of the refugees are entering through Balkan states and Mediterranean, but some even tried to get into EU by an unexpected route on Arctic circle from Russia to Norway.

Refugees traveling thousands of miles to reach their preferred destinations which include Germany, Austria, Hungary and France. They get different reactions from EU citizens, some help them by proving food and donating clothes, while other harass them for entering their country, but nobody knows the pain of war affected people and why they are risking their lives in order to get a normal life.

The migrant crisis seems to be the substantial problem after the Greek economic crisis. Recently German, Austrian and Hungarian authorities reintroduce border controls by side-lining the Schengen Treaty of no border controls inside EU. Governments are in positions that they can’t deny refugees as they have already made promises about accepting them but also they can’t let in almost everyone to their territory.

Keeping refugees in camps temporarily until they find a solution to it,  is actually not the right solution for this problem. Now they are banning them even from moving to the place, they want to go, now these refugees camps will probably become kind of jails. Refugees are now, ending up in a new jail while tried to run away from the previous one. The things seem blur!

But many EU citizen especially Hungarians and Austrian are helping refugees to reach their destination safely by providing necessities on the routes, and citizens are accepting their move with the open arms. Also, many non-profit aid organizations are serving refugees on their trails.

Give it a thought, if you are bombing their countries and shelling their houses, then at least welcome those who are suffering and struggling to get a proper run to their life and make their life at least to be called a normal life.

Increasing 1 refugee per thousands of citizens is not going to change anything. Or just stop fueling war in their countries!

Hearing The Footsteps Of Depression: Grab And Thrash It