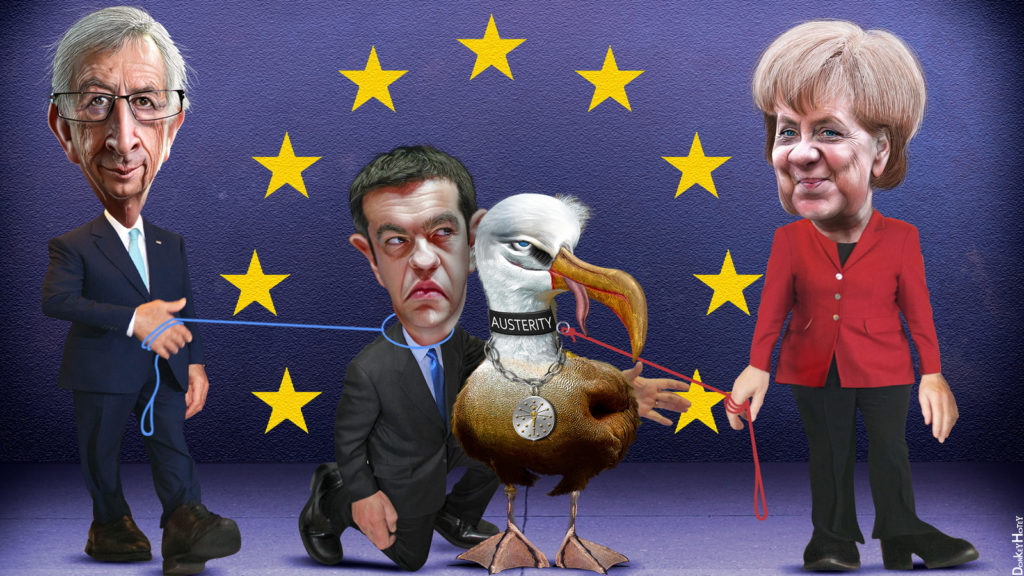 How The Greek Crisis Affects India And You

In the era of globalization and dependence of economies on each other, if one country experienced a hit by economic crisis then it will surely affect its partners overseas. Not just partners, even non-partner economies and institutions which are indirectly connected to the country will be affected.

The recent crisis in Greece, which started after The Great European recession in 2008 when Greek government said that they were understating their deficit figures. After knowing that Greece is mugging up with its financial situation, investors and financial institutions stop lending money to Greece and the bankruptcy crisis started with a cycle of bail-out deals. It might be settled down for few months but it’s not fully resolved, the catastrophe is just delayed. The crisis already shook up the European Union and Eurozone, but effects are not only limited to Europe, it is having many impacts on us too. How? And before you proceed further, don’t forget that Greece is a democratic and developed country, and so the standard of living and sources of income are quite high. And then, this crisis has happened. Now, where was I? Let’s find out:

Capital outflow is when assets move out of India because interest rates will be higher in Europe due to Greek crisis and still it is not a big problem, but it leads to problems like recession and downfall of currency. So it is necessary to control capital outflow to avoid future problems.

According to finance secretary Rajiv Mehrishi, “Greece crisis does not have any effect directly on India. Interest rate may firm up in Europe. In case of firming up of interest rate in Europe, there can be an outflow of capital from India.”

European Union is one of the biggest trade partner of India with trade worth of around $100 billion in the financial year 2015. The majority of exports are engineering products, and it can worsen the situation of Indian engineering industry.

Greece crisis would surely affect the European Union, so India will be indirectly affected by it too. It will worsen the situation of Engineering students who are already dealing with the unemployment in core sectors of the industry.

Well, we have already discussed some negative points, now move on to the benefits, we could have from the Greek crisis. Greece is an on-range demanding tourist spot famous for its Roman history and culture, beautiful luxury islands like Santorini, beaches and lots of historical monuments.

Tourism has never been hit by an economic crisis, but has made it cheaper as the flow of money in the market is now down the level. So pack your bags for this vacation and enjoy Greek voyager in the cheapest range ever, otherwise prices will be back to normal when the economy will recover. (This whole note is written for the sake of Travelers, who’re looking for a great spot. Well, I wish when you go there, you see some happy faces chilling around.)

Greece is the favorite spot for filming in Bollywood especially the heartcore romantic songs. Actress dancing near magnificent white architecture of Santorini islands, in the background, a more beautiful beach. It is that much beautiful that Actress’s beauty runs out of eyes for a moment while viewing the place, better looks like a pleasant scenario.

Due to the low rates of tourism in Greece, producers must be locating Greece as their favorite spot to hit the shoot and a sound of action while the budget has already gone down, especially for those which are mostly to be filmed at such locations.

Finally, Greek economic crisis will have the biggest effect on the market of Euro and Eurozone, which in result will make Rupee stronger in comparison to Euro, and Euro exchange rate will go down.

It will be a good news for the students who’re planning to go and study in Europe, travelers have already got the point. Recent Greek bailout just delayed it a little bit, but chances are less that Euro will go to its prime high as it was in the first quarter of 2014 until the crisis is resolved.

Remember, Pros and Cons go hand-in-hand. What it depends on, who’s gonna deal with Pros and who’s with Cons. And then some calls it Luck, and some calls it Struggle. Wish best for the Greece!

Dealing With Moving Out For The First Time